I made a cape! I've always had a slight obsession with capes, ponchos and the like, but was slightly disappointed with the ones I tried on in the shops or couldn't quite manage to convince my Mum/sister that they were a good idea. When I found the Woodland Stroll Cape pattern from Liesl + Co., and it got the thumbs up from my style advisers, I thought I had to give it a go - here's how it turned out... 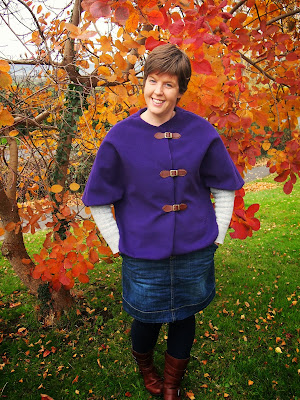 It's a pretty simple pattern and I didn't need to make any fitting alterations - this isn't a particularly fitted kind of garment after all and, in this colder weather at least, there needs to be space underneath for a jumper or cardigan to make sure your arms are warm enough. 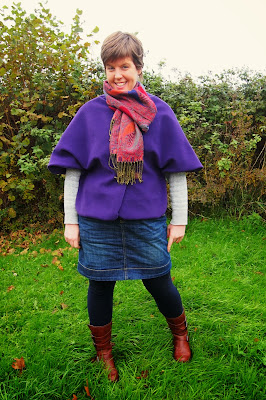 That's not to say the cape itself won't keep you warm - it will! I've been perfectly cosy as I've been wearing it around this weekend. It's definitely helped by the fact that I used this lovely Melton fabric from Calico Laine, which was great to work with and perfect for a cape or coat. It's lined with a purple polyester lining, also from Calico Laine. I toyed with the idea of using a pretty printed lining fabric, but I wasn't sure quite how much the lining would be visible when wearing the cape so in the end I went with a plain colour. 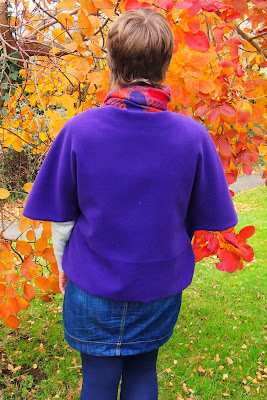 While there are lots of lovely buttons out there that I could have used to fasten the cape, I really liked the look of the buckles used on the orange cape in the pattern pictures so decided I wanted to find something similar myself. A quick search led me to these lovely leather buckles from bag-clasps.co.uk... 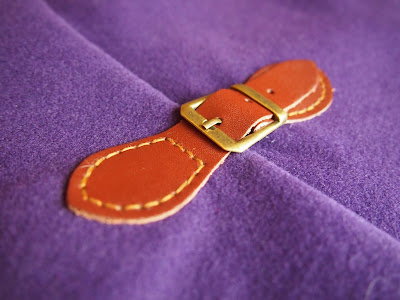 It was a little bit fiddly making sure they all lined up right, but it was definitely worth it. I think they make the whole thing look really professional, and they may be at least partially covered by a scarf for a lot of the time that I'm wearing the cape, but I'll know they're there and that's the main thing!

Other than having to take time to match up buckles, the only other thing that caused me any problems was getting slightly confused about the facing on the inside of the neck, but I soon realised that I was being stupid and it was a probably a sign that it was too late to be sewing and that I should be going to bed instead! Stupid late-night sillyness aside, it all came together really easily and I love the end result. It's nicer and worked out much cheaper than anything similar I've seen in the shops, and has been given the Mum/sister seal of approval - yay! 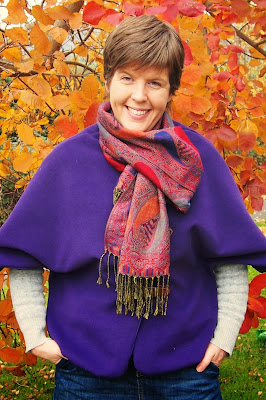 Posted by Ruth - Nightingale and Dolittle at 12:30