This post is all about two patterns that I've made before, but in slightly different forms to how you may be used to seeing them. The first is a relatively new kid on the block - the Sew Over It Susie blouse, while the second is my most-used pattern - the Christine Haynes Emery dress. 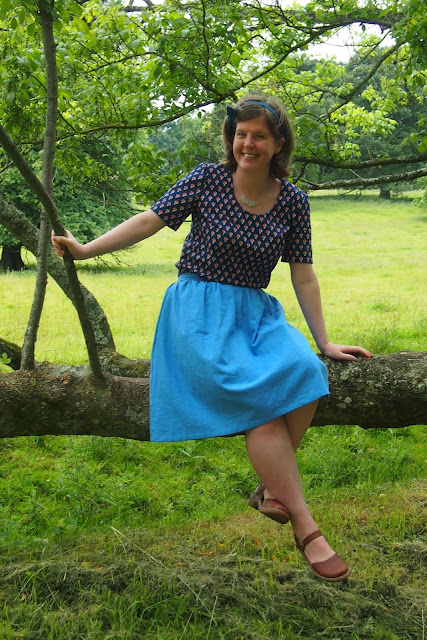 I really like my first Susie blouse, which I made a couple of months ago. At the time, I mentioned that there was a piece of fabric sitting in my stash that I had earmarked for another version, and here it is! I bought the fabric - a lovely hot air balloon print cotton - from Guthrie & Ghani at some point last year. I bought it with the intention of making the Colette Aster, but then changed my mind. Since then, it's almost become a number of other tops, but something always stopped me from cutting into the fabric. When my first Susie was a success, I decided the pattern was what this fabric had been waiting for, but with a couple of changes. 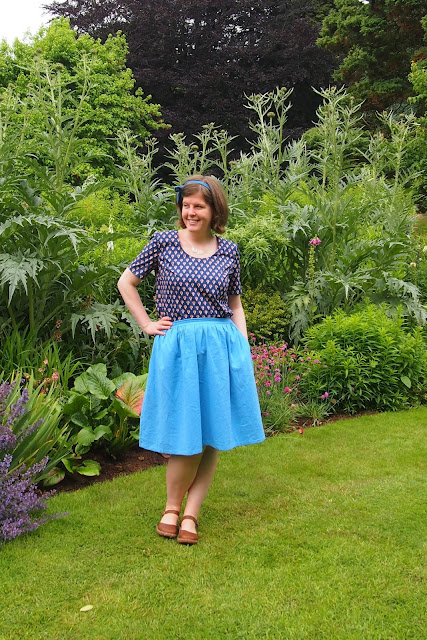 Firstly, I thought that with a fun print like this, it might be better to keep things simple and make a collarless version - obviously a very easy adjustment because you just don't make the collar!

After pondering things for a while though, I thought that a collarless version might look better with a scoop rather than a V neck. This was also fairly simple - I just placed the scoop neck from a tried and tested pattern (the one I used for these two dresses) over the front piece of the Susie blouse, and traced it over. I think it worked nicely! 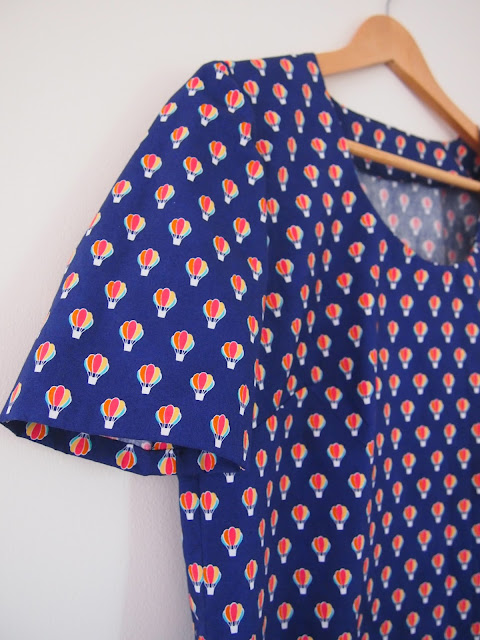 The Susie blouse is a straightforward and relatively quick project anyway, but omitting the collar means that it becomes really speedy. Much though I like the original pattern and the first version I made, I think I like this scoop neck even more. 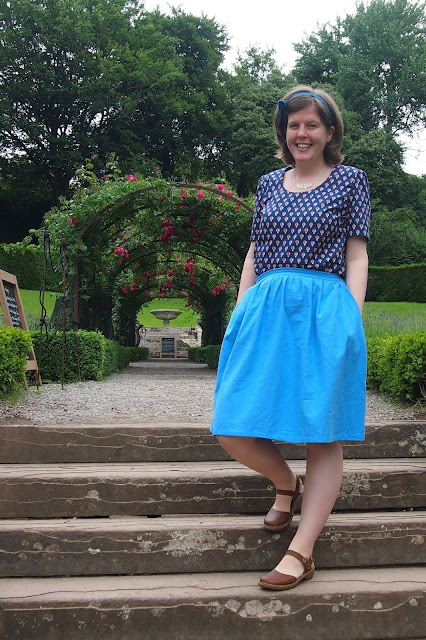 Now for the skirt! This isn't exactly what I was planning to sew when I ordered this fabric. It's a linen and viscose mix from Fabric Rehab, which I bought to make a summery circle skirt. Sadly, either the fabric isn't quite as wide as it says on the website, or it shrank a bit during washing. I didn't measure it before washing, but mine's now a good 5cm less than the measurement on the website, and that 5cm was the difference between just about being able to eek out a circle skirt, and not having quite enough material to make a skirt long enough for my liking. 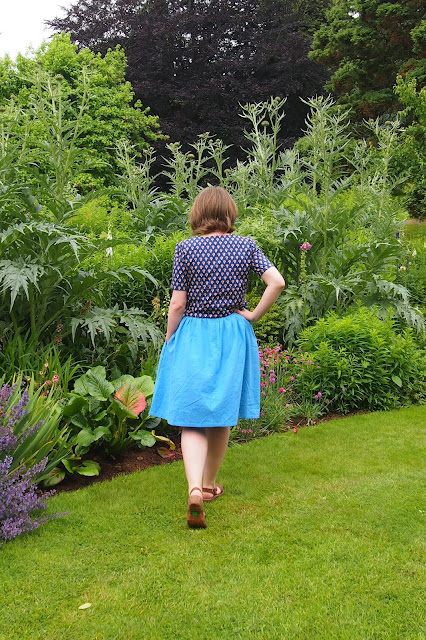 I had a brief strop to myself about not being able to do what I wanted, then decided the fabric would be equally as nice for a gathered skirt. I used the waistband from the Veronika skirt, which I know fits nicely from the versions I've made, and instead of just gathering a rectangle of fabric, I used the skirt pieces (and pockets, obviously!) from the Emery dress. For those of you not familiar with the pattern, the Emery skirt has a slight A-line shape, which slightly reduces the bulk of the gathers at the waist and I think is more flattering on me. 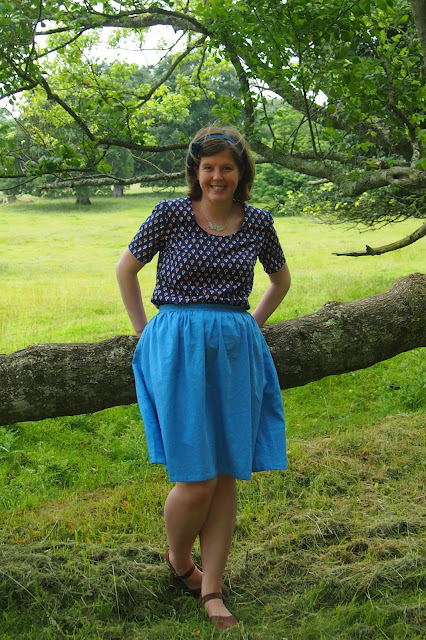 I'd definitely rate the top and the skirt as individual successes, made even better by the fact that they go really nicely together.

These two pieces of fabric both obviously decided that they had different destinies from what I had originally planned for them. That's fine by me, my sewing plans are always fairly flexible anyway, and it's always worth changing things around a bit to get the right outcome - don't you think?
Posted by Ruth - Nightingale and Dolittle at 08:27