Things have been a bit quiet around my little blog recently, initially because I was busy making things for other people (which don't always make it to the blog), and then because life itself got busy. I've got a couple of projects finished and waiting to be photographed now though, so there should be some more regular updates coming up. Starting with three versions of the same pattern - New Look 6217. 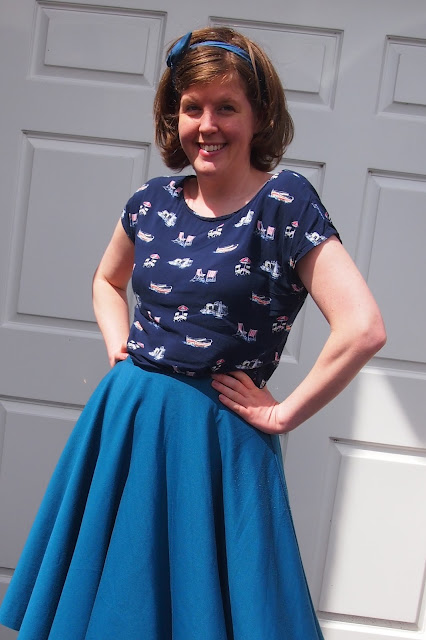 I'll be the first to admit that I would have completely overlooked this pattern if it hadn't been for the version that Handmade Jane made. I've seen a few versions cropping up online since then, so I suspect I wasn't the only one who she inspired to buy this pattern.

Personally, I was only really interested in view B - a woven t-shirt/top with grown on short sleeves. It's very similar to an old RTW top of mine that I'd been debating copying, but I knew it would have taken me a while to get round to doing that so I thought I'd take the easy option and get the pattern. Especially when New Look patterns went on a 50% off sale so it was less than £3! 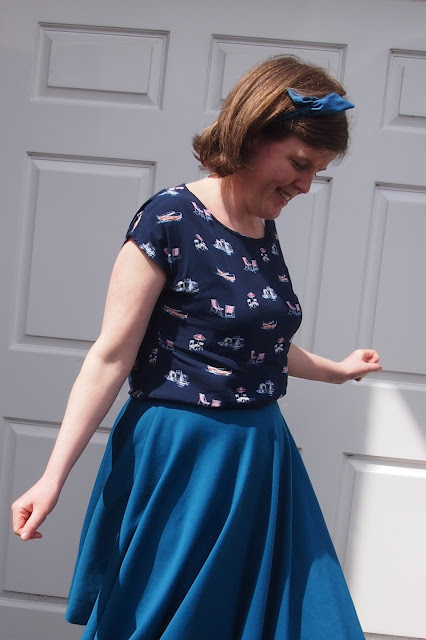 The first version I made was the one above, using a fun seaside print viscose from The Textile Centre on ebay - they don't seem to have it in stock any more but they have lots of other lovely viscose prints.

I made a size 14, and the only alteration I made was to cut the back on the fold instead of as 2 separate pieces. This does eliminate the keyhole opening at the back neckline but, while they look pretty, I often find them a bit annoying, so that's fine for me. I have no problems getting the top over my head without the neckline opening - and if I can do that, then I suspect most people will be able to because I have quite a big head! 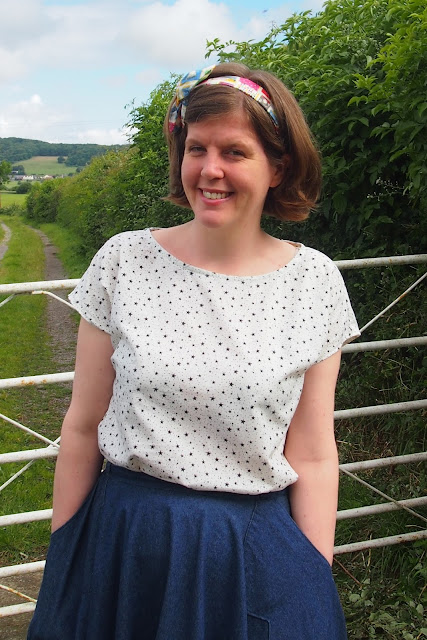 The top is a quick project - particularly when you eliminate the back seam, which leaves you with just one front and one back piece. The neckline is simply finished with bias binding (for all the versions I've sewn so far, I've made my own binding from the offcuts of the fabric), and there are no darts or anything even, so it's a really simple but effective piece. 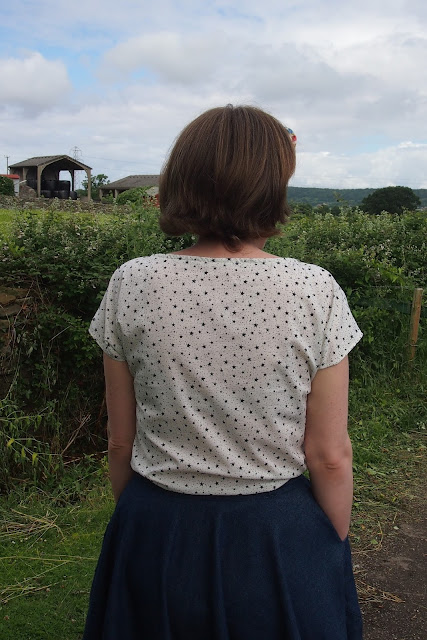 My second version was using a star print viscose from Regency Rags, which again now seems to be out of stock. I think this version is slightly less successful than my first one, and that's entirely due to the fabric. It was definitely sold as a viscose, but is much crisper and has less drape than other viscoses that I've used before. This top really benefits from a fabric with a good drape, and this second version just doesn't hang quite as nicely as the first. It's still perfectly wearable though, and indeed has already been worn a couple of times since I finished it a few weeks ago. 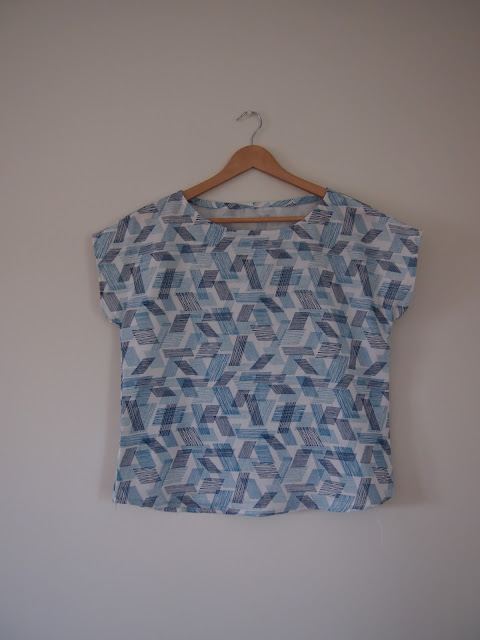 Having seen my versions of the top, my Mum decided that she'd like one of her own - particularly when we went to Sewn the other week and she spotted this gorgeous Cloud 9 double gauze.

(As a side note, if you're in or near Bristol, I'd definitely recommend paying Sewn a visit - they're relatively newly opened and have a growing range of beautiful dressmaking fabrics, and a good selection of indie & vintage patterns, and haberdashery. And Marie who runs it is lovely, which just makes fabric shopping even better!). 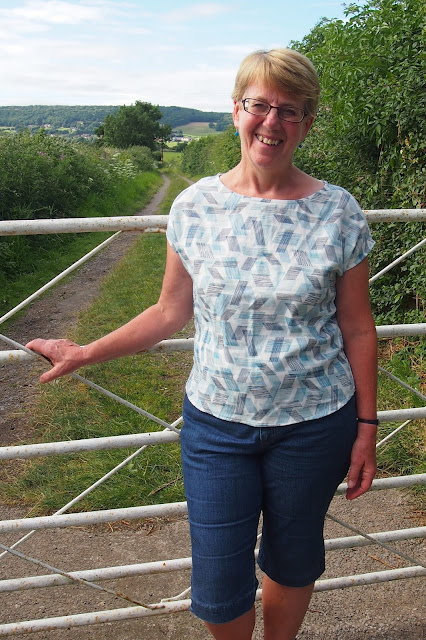 Mum tried one of my tops on, and luckily it fit her nicely so making a version for her was no trouble at all. I haven't worked with double gauze before - I think mainly because I'd never felt any in the flesh and couldn't imagine quite what it would be like from online descriptions - but this definitely won't be the last time I use it. It did fray a little, but other than that it was no problem to sew and it feels so soft. I'll admit that I was slightly reluctant to hand this over to my Mum!

So there we go - three versions so far, and I'm sure there'll be more to come in the future. I think New Look 6217 has already proved to be a worthwhile investment for me!

Posted by Ruth - Nightingale and Dolittle at 08:46