Sew Over It Vintage Shirt Dress

When a new pattern is released, do you snap it up instantly, or wait until you've seen a few versions made up to gauge what it's like? Personally I'm a sucker for shiny new things, so when Sew Over It released the Vintage Shirt Dress pattern recently, I knew it would be finding its way to my sewing table fairly quickly. Then I was lucky enough to win a copy in a giveaway held by Marie at A Stitching Odyssey, and I already had some perfect fabric waiting to be used, so the project queue-jumped right to the top of my sewing list. 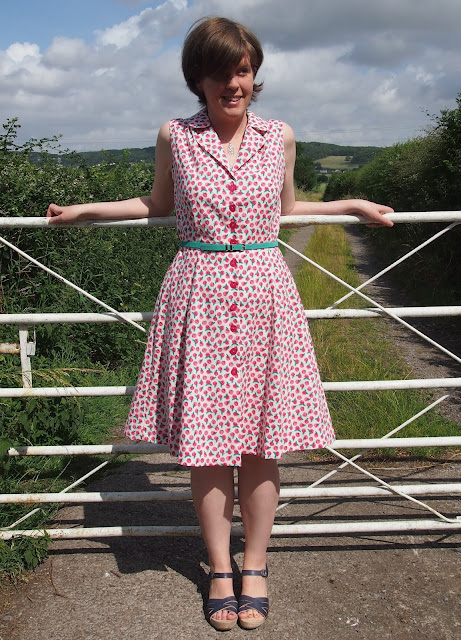 There are lots of interesting details in the dress - the cute notched collar, gathering at the shoulders and the lovely shape created by the pleats on the bodice and skirt - so I was always confident that I'd like the end result, but the sewing process itself was really enjoyable too. The instructions are very detailed and clear, so I think relative beginners would be able to tackle this dress even though it's rated as intermediate. 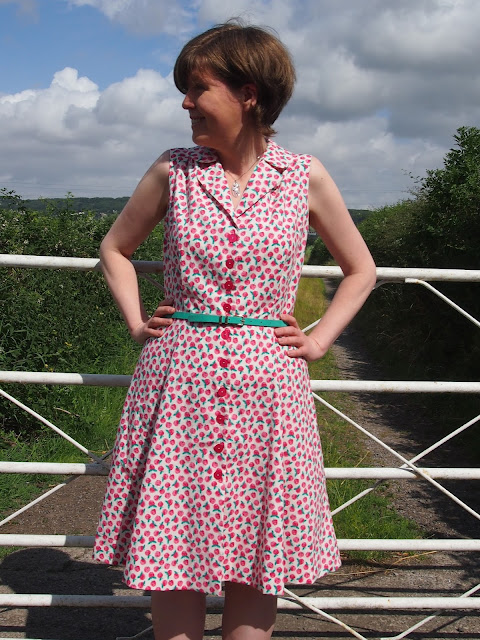 I don't know about you, but I often find that things don't line up completely precisely first time when I'm sewing, especially not when you throw in details like collars and pleats having to match up either side of a waistline, but that wasn't the case here. Everything lined up beautifully first time, and I had no problems at all during sewing. On that subject, in spite of what it looks like in these photos, my hem is definitely level at the centre front - I think the wind must have been lifting the buttonhole band up or something! 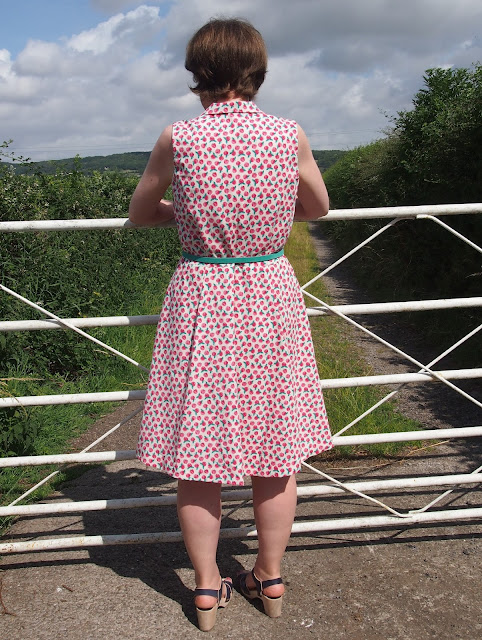 I made a size 14, but I added 2 inches to the length of both the bodice and the skirt. Adding length to a bodice is a standard adjustment for me (but I usually don't need to add quite that much), and the extra length on the skirt is partly because I'm slightly taller than average and partly due to my personal preference for dresses I wear without tights to hit near to knee length. During construction, I also ended taking out a little bit of extra width from the side seams at the underarms because I had some minor gaping there, but those were the only alterations I made.

There is a fair bit of ease around the waist - personally I like that in a shirt dress but it might be worth bearing in mind if you like things super-fitted. 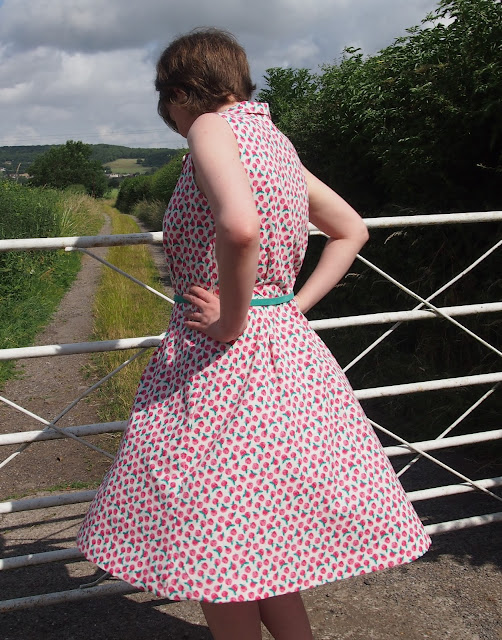 The fabric is a pretty apple print cotton from White Tree Fabrics. I'd bought it for a different project, but when that pattern got lost in the post, its destiny changed and it became a shirt dress instead. I'm glad it did, because I love how it worked out here.

It's a really nice cotton (especially for the price) and it was great to sew, but it is on the thin side so I underlined it with some plain white cotton lawn. It might have been OK without underlining, but now I know for sure that I don't have to worry about anything unwanted being on show! 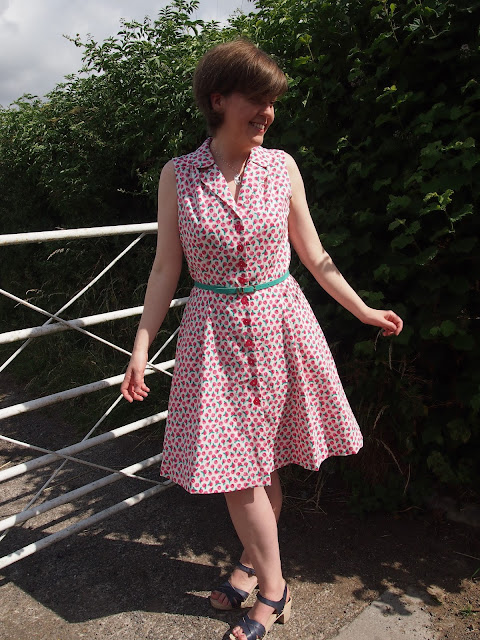 For the buttons, I initially planned to try to pick out the green of the leaves in the print, but when I went to buy them (and after a considerable amount of time being indecisive sat with buttons lined up on a scrap of fabric on the floor of my local wool shop!), I decided the pinky-red buttons just looked more "me". I used Emmie's tip of using a backwards button to prevent waist gape, and it worked a treat! I did then realise that I had this green belt that's a perfect match for the leaves though, so I suspect I'll end up wearing it with this dress a lot meaning waist gape might not be so much of a problem anyway. Still, it's good to know I don't have to worry on belt-free days! 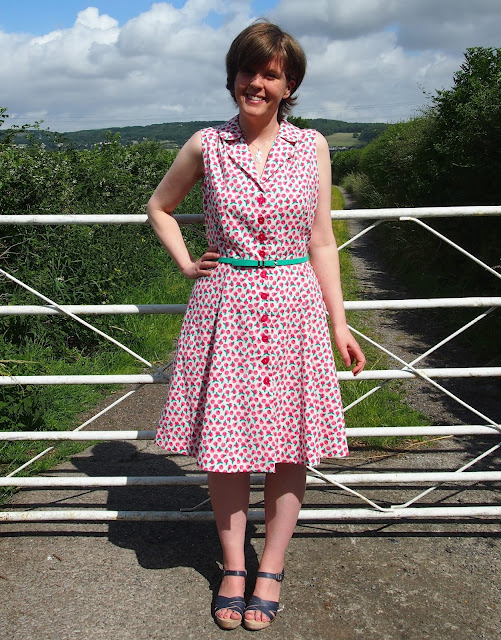 I really loved sewing this dress, and I also like the finished product as well. I did nearly ruin it shortly after taking these photos when I got printer ink on it printing out a PDF pattern, but thankfully I managed to avert disaster! The question now is, what fabric should I use for version number two?
Posted by Ruth - Nightingale and Dolittle at 09:08