Happy New Year everyone! I hope you've all been having a happy and fun-filled festive season!

Things have been a bit quiet round here for the last couple of weeks while I was immersed in and then recovering from Christmas present making, which I'll probably talk about another day (but in case anyone is wondering, I wouldn't advise deciding to crochet 3 extra hats less than 10 days before Christmas unless you're much speedier at crocheting than I am!), but today I wanted to do the customary look back on my creations in the last 12 months. I'm not one for making sweeping new year's resolutions, I kind of prefer to change things that aren't working as I go along, but it's good to take stock now and then and the turn of the year seems like an obvious time to do that - but feel free to stop reading this post now if you're sick of the sight of reviews already! 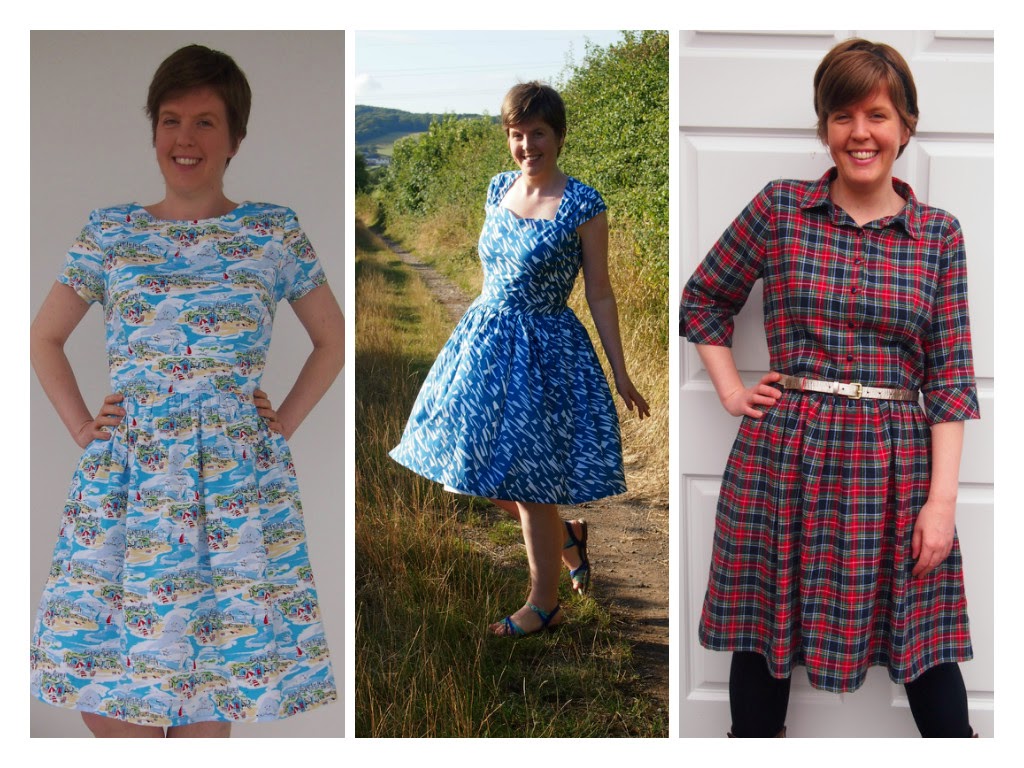 It's probably no secret by now that I love full-skirted dresses, so it's no surprise that my beach hut Emery, Cambie and Cami dresses are some of my favourites from this year. In general, I still like the vast majority of the dresses I've sewn this year but these three stand out because I always feel especially good wearing them. 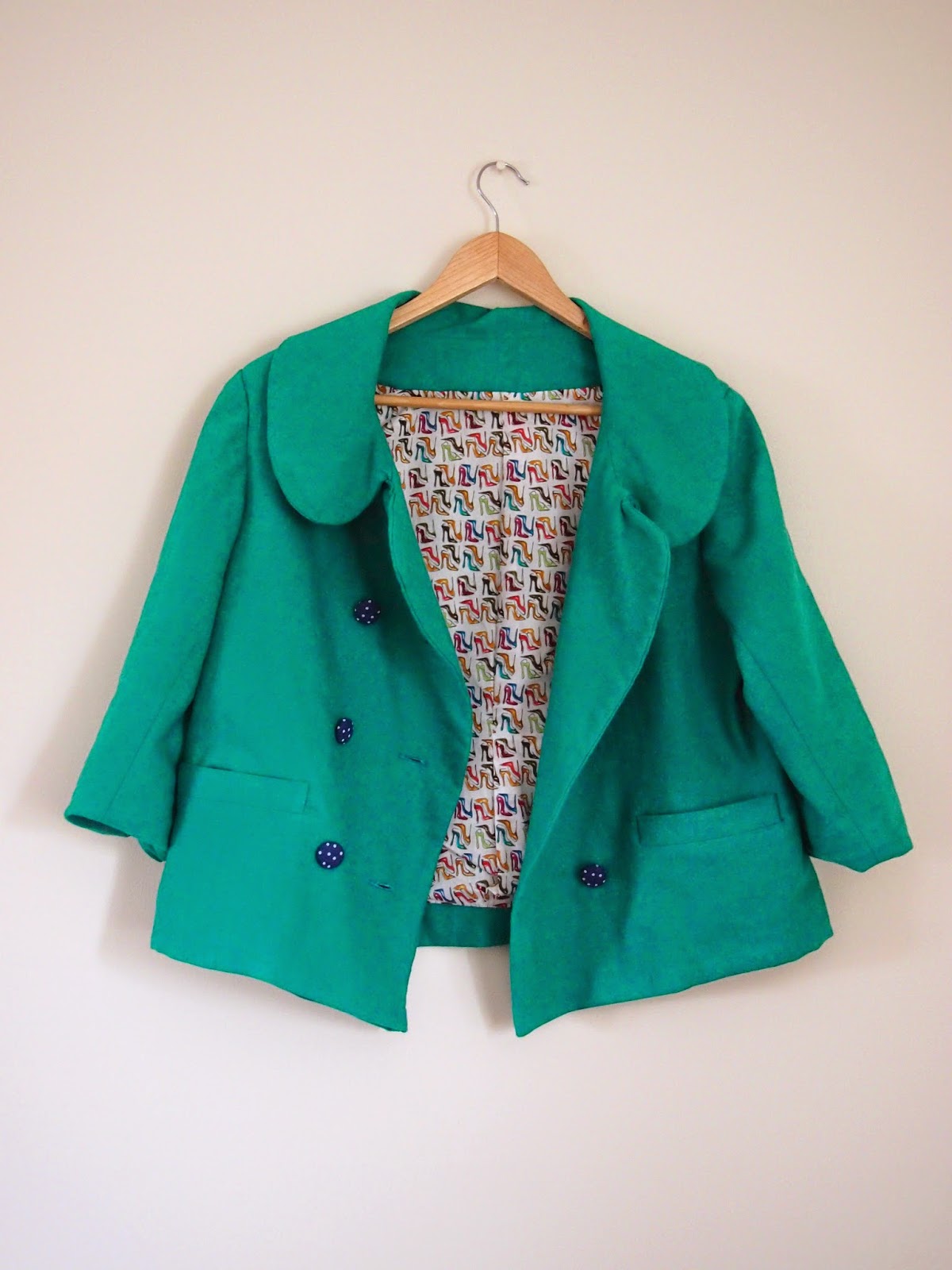 There's no doubt that the garment I'm proudest of making this year is my Anise jacket. It's by no means perfect but it was, and probably still is, the most complicated project I've ever tackled and was worn a lot over the spring and summer. On that note, an honourable mention also needs to be given to my Malu jacket which is doing sterling work in keeping me warm and protected from the elements at the moment. 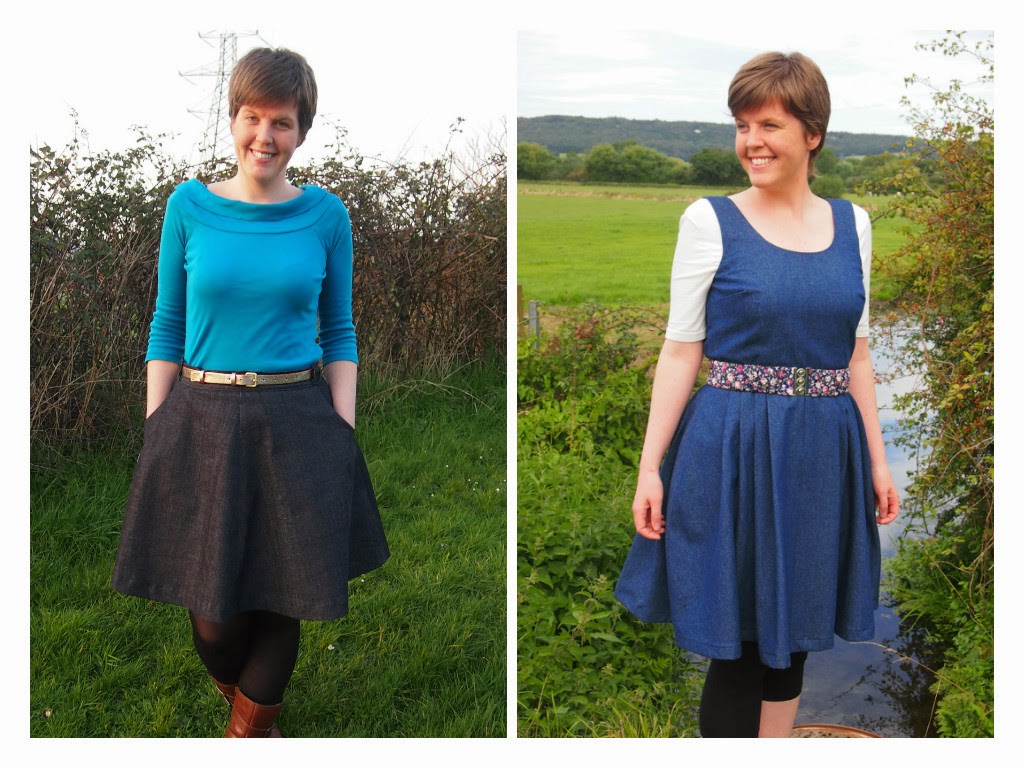 Neither my Hollyburn skirt nor my third Lilou dress look particularly exciting, but that's probably part of the reason why they're my most worn creations (with the exception of jackets) of the year - they go with so many things in my wardrobe, are super comfy and are just my style. I don't really wear trousers, so they kind of work for me like jeans do for most people.

Basically, there's nothing wrong with relying on fit-and-flare if that's what works for me, it's worth putting the effort into bigger projects that will be worn a lot, and pretty things are great but you need a good wardrobe staple every now and then too. 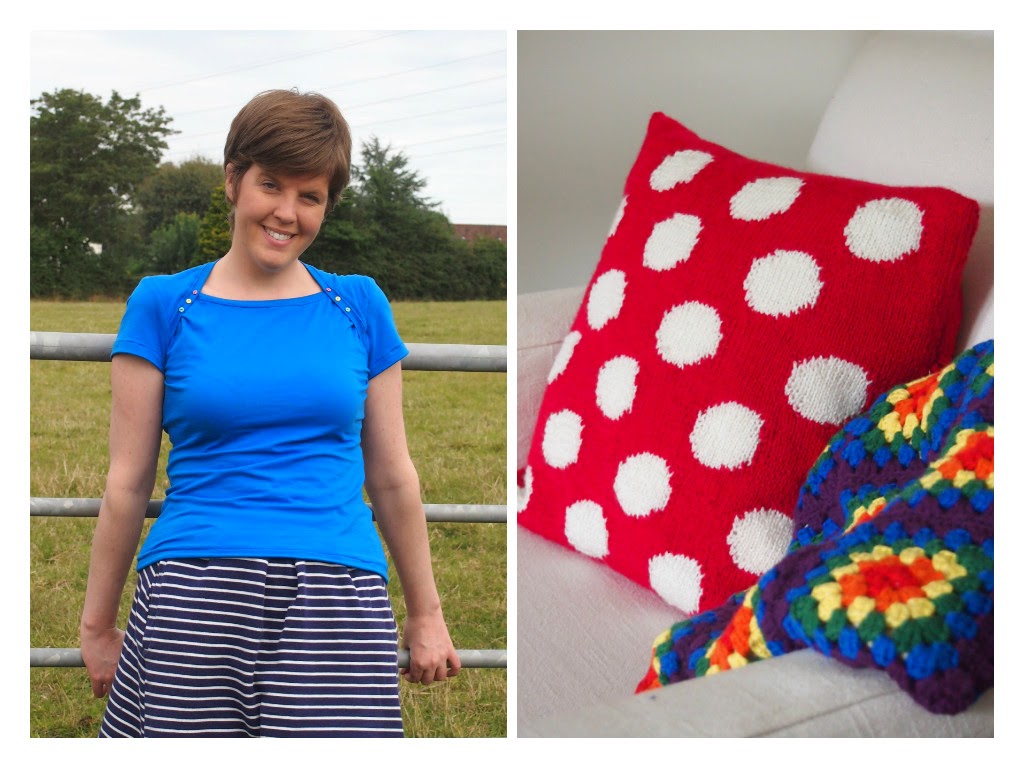 I don't think I mentioned it on my blog at all, but I started this year with a couple of fairly modest goals in mind, two of which were to start sewing with knits and to attempt some form of colourwork in knitting. I think I did pretty well on the sewing knits front - I particularly like my two Bronte tops (blogged here and here) and I think knits will feature pretty highly in my sewing plans for the next year.

I also got to grips with intarsia for my polka dot cushion, and I'm in the middle of knitting a jumper using intarsia too. I'm also really pleased that I managed to finally complete a long-term knitting WIP this year, and that I persevered and got through some problems to finish my Cria cardigan. I definitely want to try to get more knitting done this year, and to try some Fair Isle projects.

Now for things that weren't quite so successful... 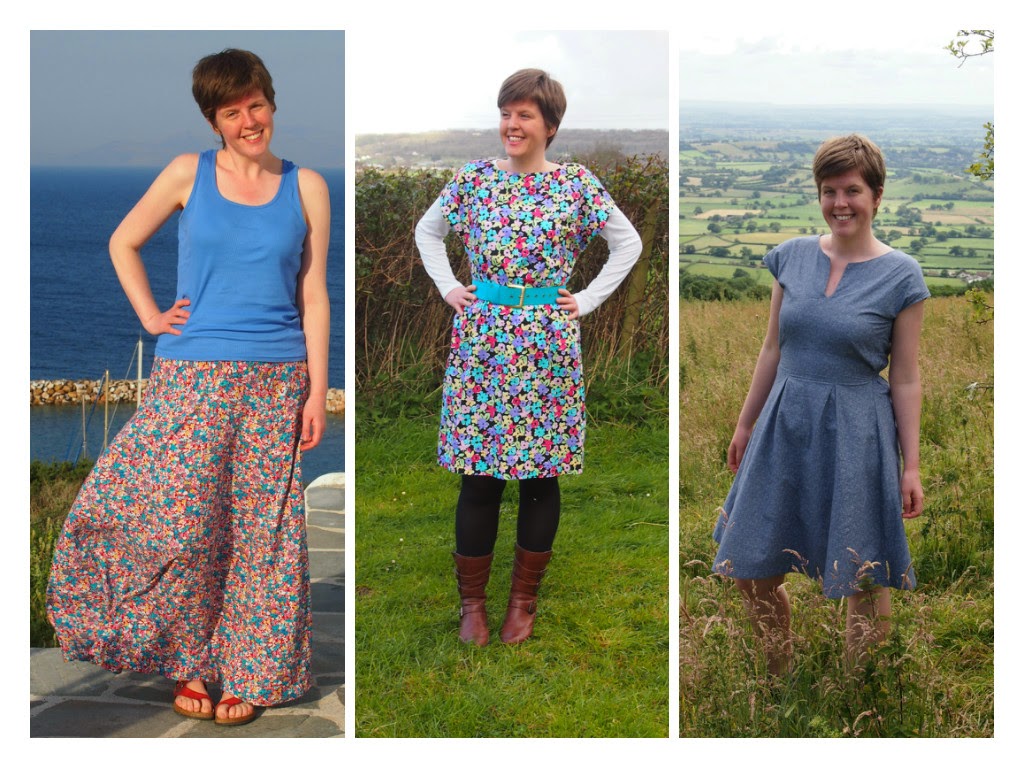 I wouldn't class any of these as failures, more as lessons learned. I still love my Gabriola skirt, and the only failure here is related to my own organisation. I wore this on holiday at Easter, it then came home and got lost in my mess of a wardrobe so I didn't wear it again. Please tell me I'm not the only one who has had this problem?! Hopefully a big clear-out a couple of months ago will have made sure this doesn't happen again!

I genuinely liked my Pattern Runway kimono sleeve dress when I finished it, and wore it a couple of times, but the shape just isn't as flattering on me as more fit-and-flare styles so it's been neglected and unloved for a good few months now.

My Winifred dress did get worn quite a bit over the summer because it is really comfy, but I always feel a bit 'blah' in it so it was mainly worn on working-from-home days when I don't see many people. The colour's just not quite right on me - one of the perils of buying most of my fabric online. Since then, I've tried to be a bit more picky about what I'm ordering or to get swatches before I buy. 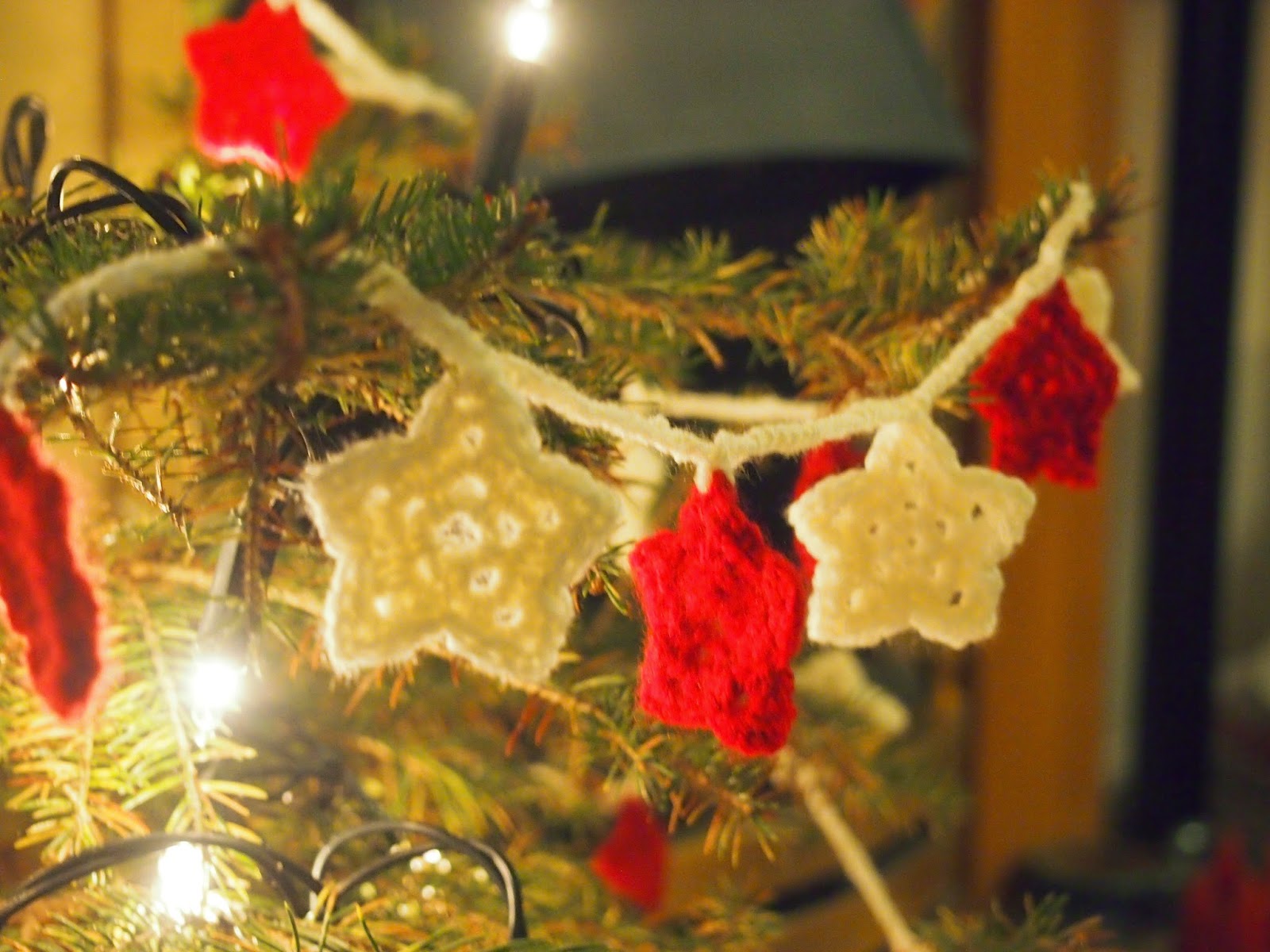 Looking at my blog archive, you'd think that I'd given up on crochet but I definitely haven't as this photo and my upcoming Christmas presents post will prove. I've also got a long-term blanket project which I've been working on throughout the year - it's not quite as far along as I originally planned but it's getting there slowly and surely.

Those slight minor down points aside, I think it's been a pretty successful creative year. I've also really enjoyed writing my blog, and I've even sort of got used to having my photo taken! It's lovely to connect with fellow sewing fanatics, knitters, crocheters and general creatives around the world, so thank you to all of you who have read my ramblings or left comments - I really appreciate it.

Now comes the fun of working out what I want to make in the next few months - I love a bit of list making! What has 2015 got in store for you?
Posted by Ruth - Nightingale and Dolittle at 20:52