Yay, it's the weekend! How's your week been? I've had a bit of an odd one involving masses of work, my washing machine nearly catching fire and getting part of my sewing machine needle stuck in my finger (still don't know quite how that happened, as you can imagine it was pretty painful at the time but nothing too serious and thankfully my machine, needles and hands have been getting on again nicely since then!), so I'm glad it's time for a couple of days off. This will probably be a fairly quick post, but I wanted to share my latest knitting project with you. 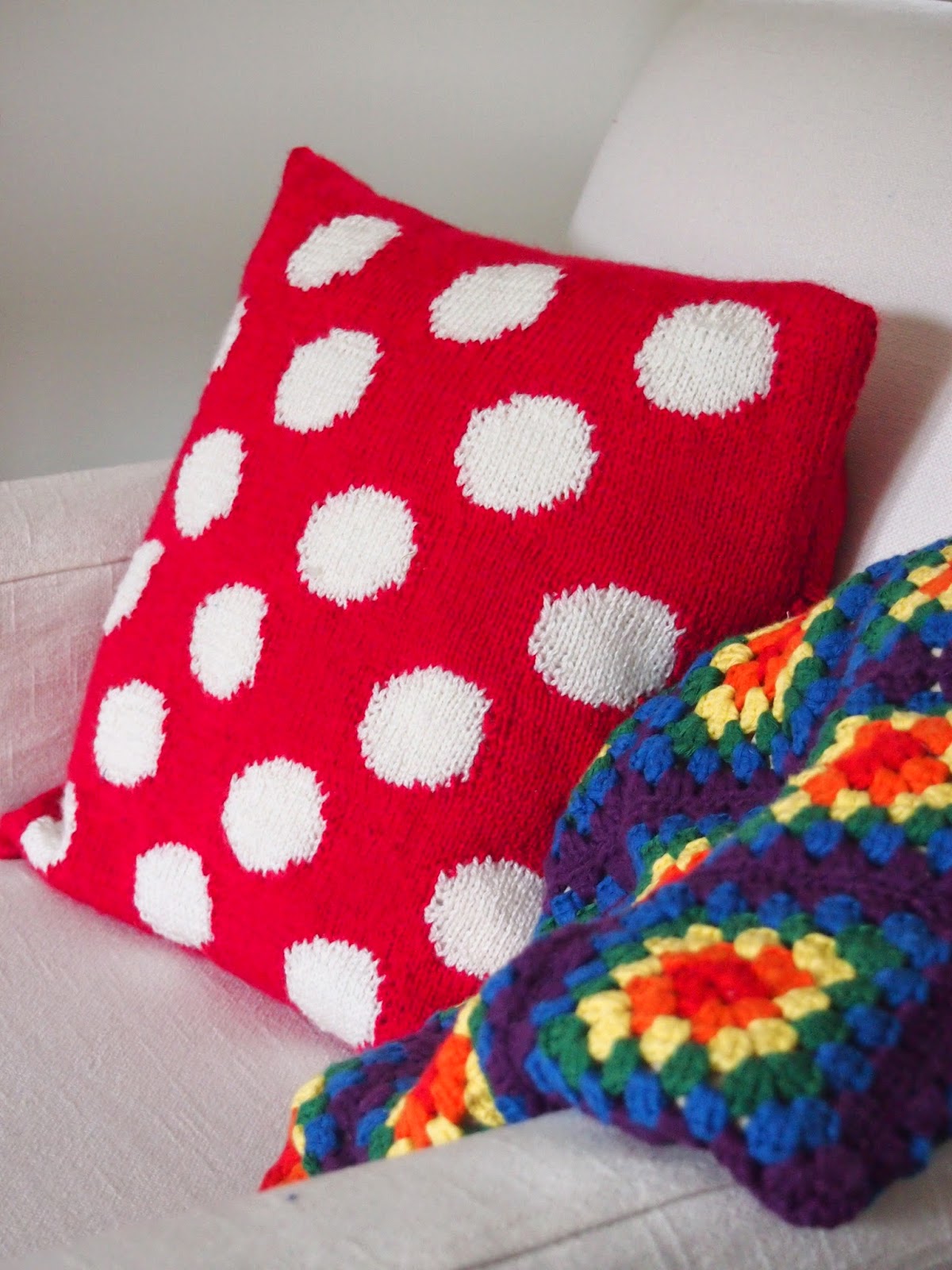 One of my aims for this year was to try out some sort of colour work in knitting. I've got a couple of Fair Isle and intarsia cardigan and jumper patterns that I want to knit, but I thought I'd start with something a bit more low key so I gave this cushion cover pattern a try. Knitting a cushion cover might seem like a lot of work when I could sew one in next to no time, but I thought it would be a good practice project because I wouldn't mind if the results were less than perfect, whereas if I made a slightly dodgy jumper or cardigan, I probably wouldn't wear it much so all the work would go to waste. 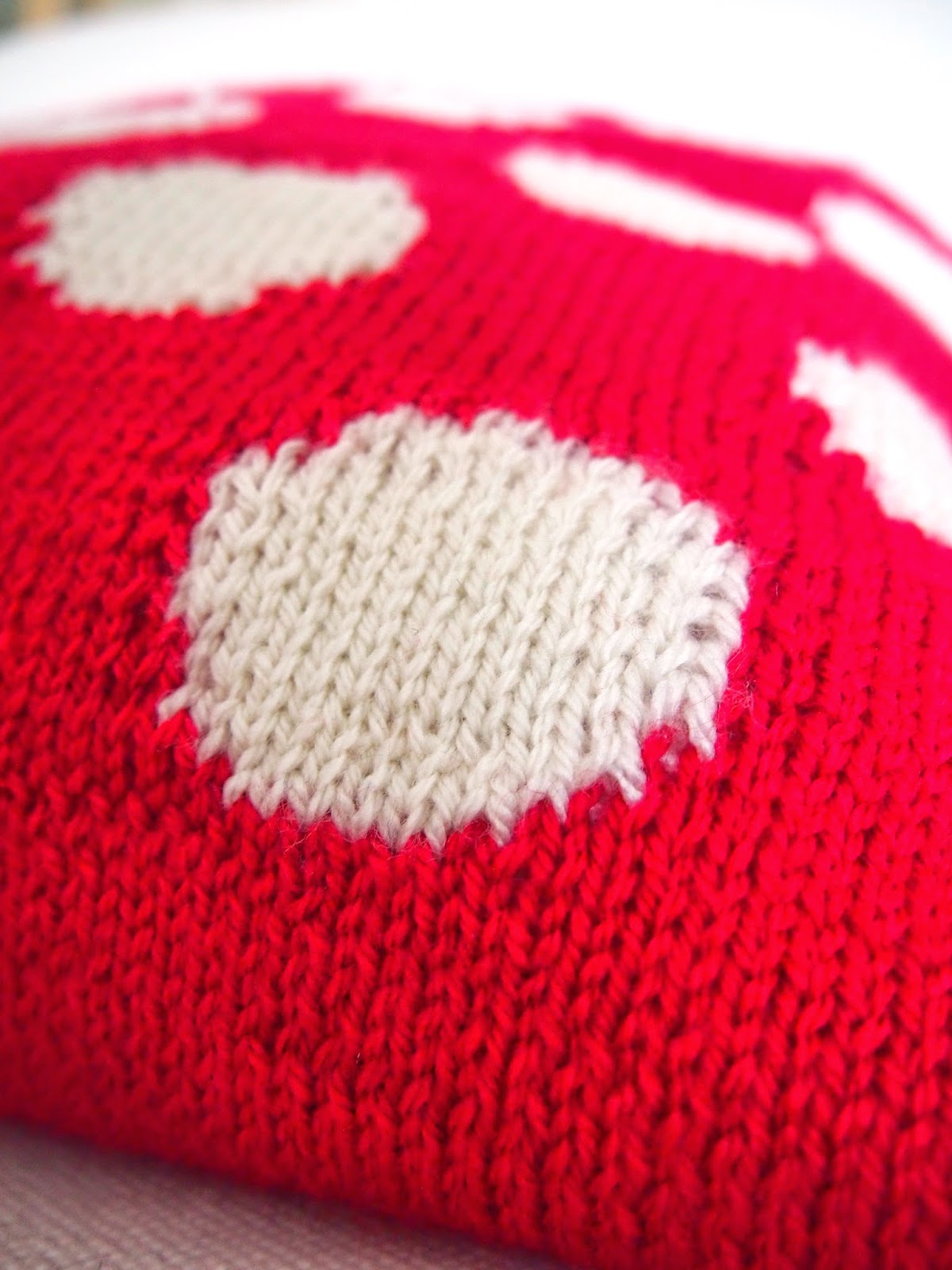 For anyone who isn't familiar with it, intarsia involves knitting one colour at a time, with separate mini balls of wool for each individual patch of colour, which are then twisted around each other to prevent holes where the colours join. I'm probably not explaining it very well, and it all sounded a bit scary to me before I tried it, but it's actually fairly easy to get used to. I'm glad I did use this as a practice project though, because you can definitely see my technique getting better as I went through the cushion. The spot above is one of the later ones that I knitted, and it's not perfect still as the tension's a bit off on the left-hand side, but it's not too bad and definitely better than the earlier spots.

If you're thinking of giving intarsia a go, I'd definitely recommend getting some bobbins for winding the individual yarn colours around (I used these). I started off just winding little "butterflies" of yarn but I found that they just got into a tangled mess. There was still a bit of tangling when I used the bobbins, but much less, and it was much easier to sort out. 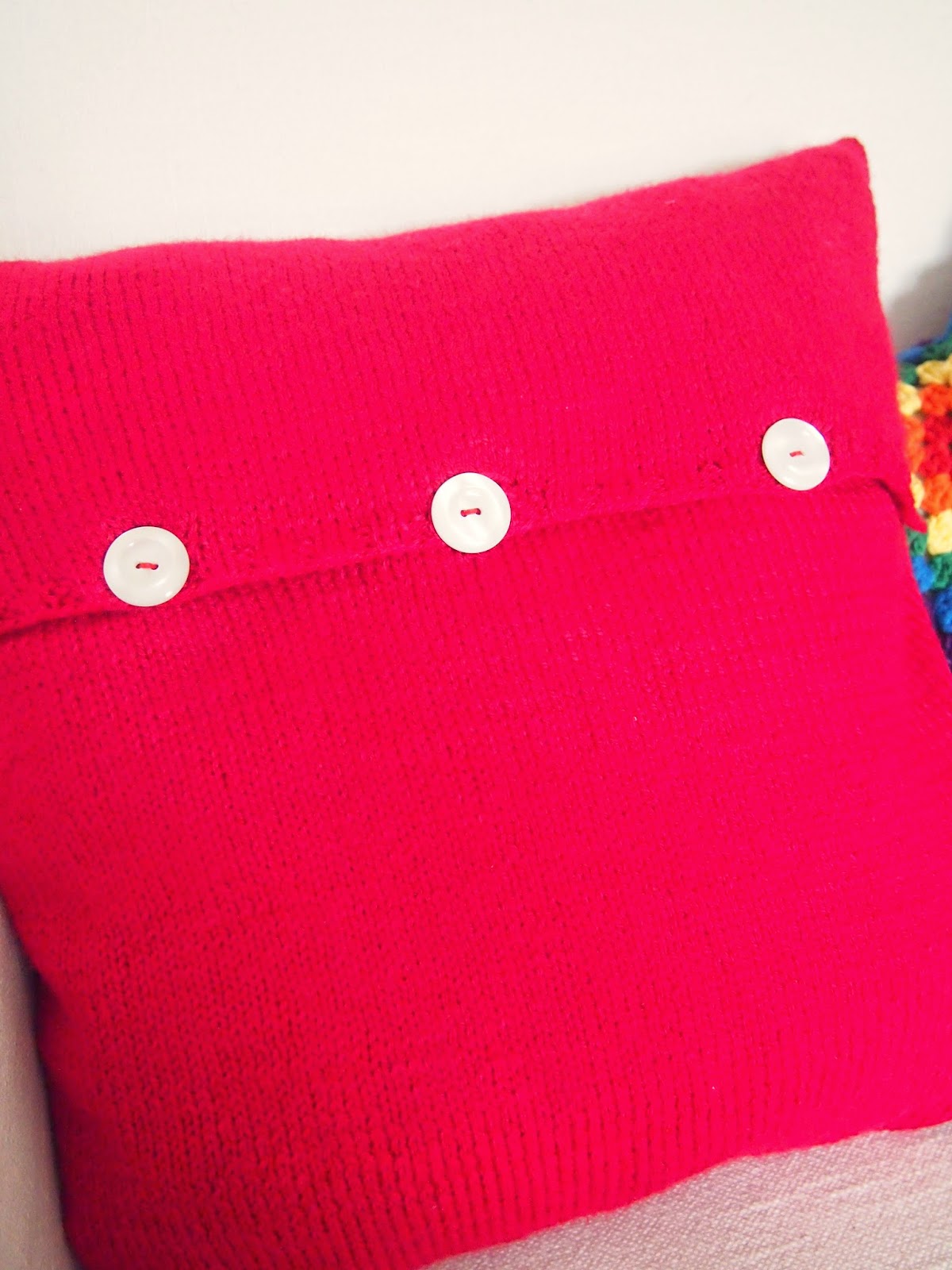 The pattern is from a random knitting magazine I got a while ago that's just full of cushion patterns - it was part of one of those magazine series where the first one is 99p and you get loads of free stuff and then the others are all massively more expensive. This was the first one in the series and for 99p it was a pretty good deal!

It's a straightforward pattern - just one long rectangle in stocking stitch with the intarsia polka dots in the middle and 3 buttonholes at one end, then when you've finished knitting you just fold the rectangle back on itself and sew up the sides to make an envelope, then add the buttons. Simple! 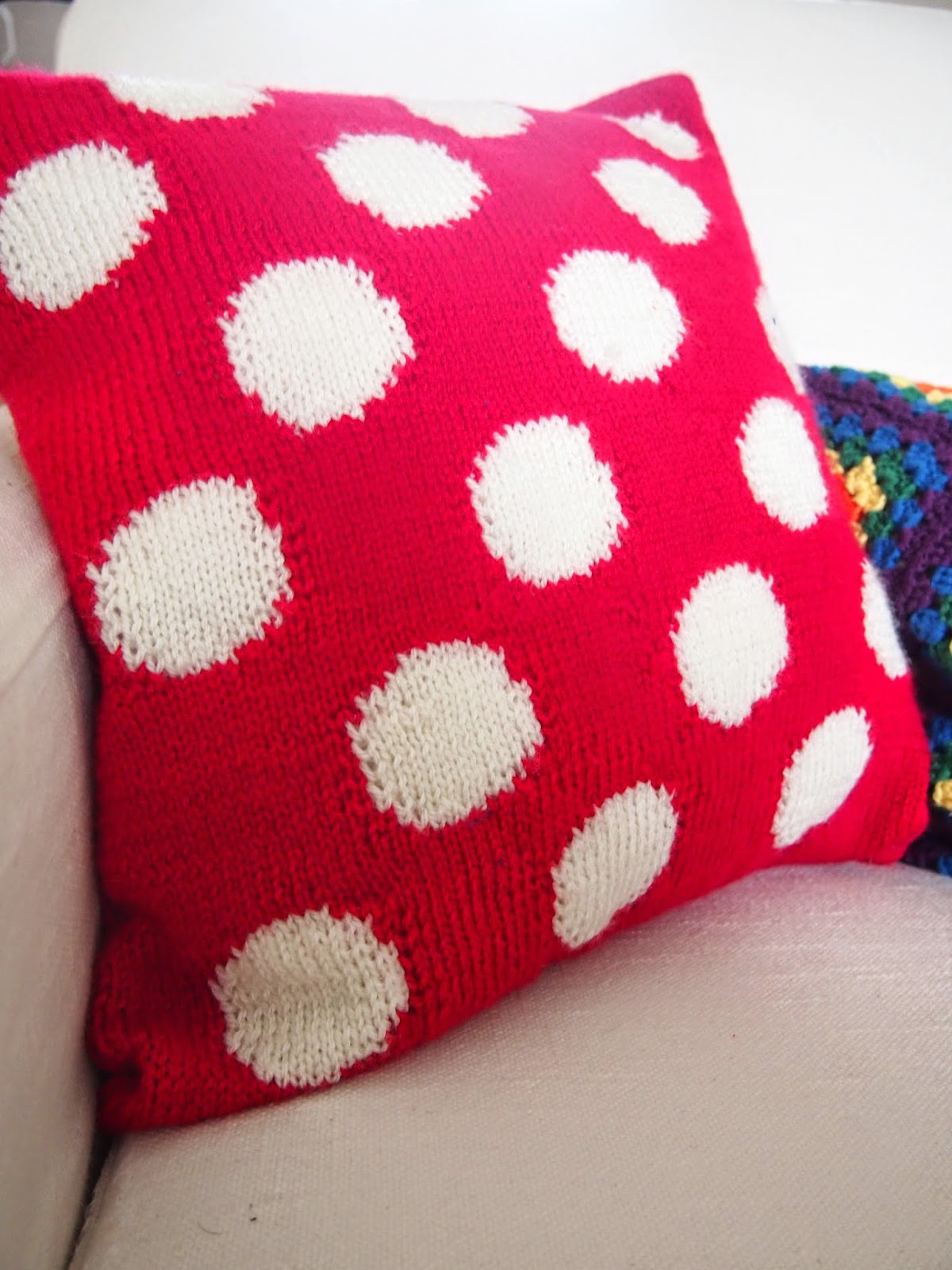 So there we go, that's my cushion. It's by no means perfect, but I'm pretty happy with how it turned out. It's in its new home next to the rainbow crochet cushion I made last year, so I have a chair full of colourful yarny fun! I'm now getting started on one of my intarsia jumper patterns - hopefully I'll manage to get it finished in time to get a bit of wear out of it this winter. Has anyone else got any good winter knitting projects on the go?
Posted by Ruth - Nightingale and Dolittle at 22:16