Regular readers of this blog will not be surprised to hear that I generally think life is better in pretty dresses (or occasionally skirts) and I'm not going to entirely abandon that philosophy any time soon, but in the last couple of years since moving to a rather windy coastal town I have been forced to admit that trousers can be very useful too! The latest addition to that area of my wardrobe is today's project - culottes using the McCalls 7475 pattern. 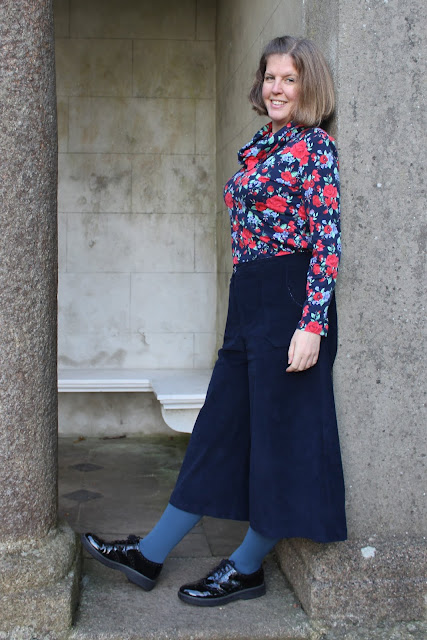 McCalls 7475 is a pattern for semi-fitted skirts, shorts and culottes with a mock fly front, back yoke, two different front pocket styles, the option of back pockets and length variations. I got the pattern when it was included with issue 72 of Love Sewing magazine.

I basically made view F - the longer culottes, but I omitted the back pockets and used the front pockets from view E. 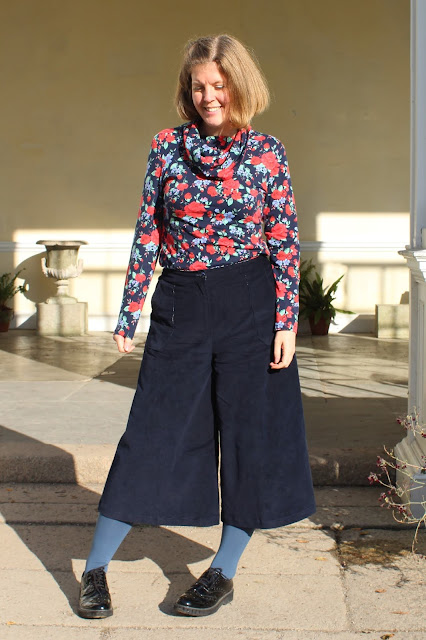 My measurements put me in an 18 for this pattern, but based on the finished garment measurements I was pretty sure that an 18 would be too big. I made a toile of a 16 and they did fit, but were just a little too fitted to be comfortable around the waist. I let out the side seams just a touch (literally just a couple of millimetres at each seam) and that was all it took to make sure I'll be able to wear the culottes happily. 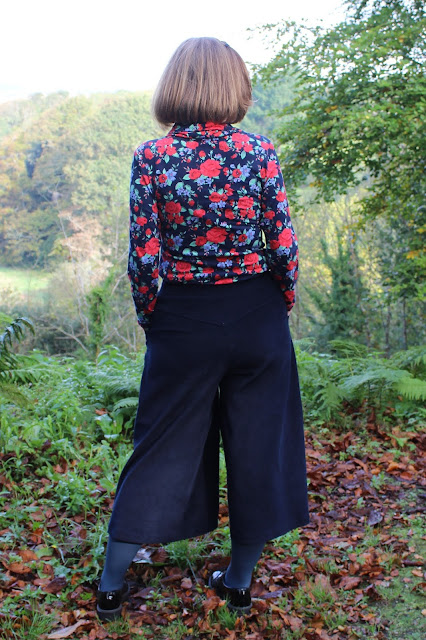 The culottes are a fairly simple project to sew and I was surprised by how quickly they came together. The mock fly front is really easy (I've never actually sewn a proper fly front, but the way people talk about them, I assume they're more complicated than this was!) but still looks nice and neat. The instructions were what you'd expect from a commercial pattern - they're fairly succinct, but I found them completely clear and didn't have any problems. 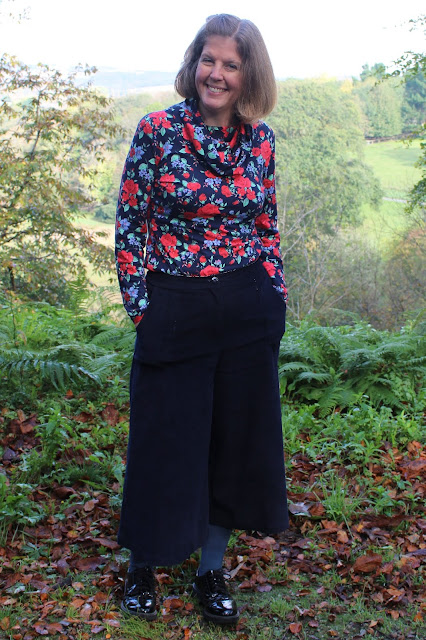 Part of me was tempted to get a patterned fabric because I'm always naturally drawn to prints rather than solid colours, but in the end the sensible side of me won out and I decided to opt for some navy needlecord from Textile Express. It's a lovely fabric and while patterned culottes would have been fun, these will go with pretty much any top that I own so will get much more wear. The needlecord that I used has some slight stretch to it as well, which makes them super comfy, so I'm more likely to want to wear them! 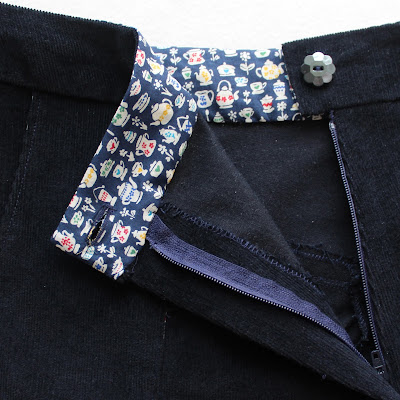 I decided to give these culottes pretty insides and used some prized scraps of possibly my favourite ever fabric (it's a Liberty tana lawn - the print's called Suzy Elizabeth) as the waistband facing and to line the pockets. The pattern doesn't call for you to line the pockets and just has you turn the seam allowances under before stitching them down (they're patch pockets), but I prefer to line pockets if I've got some suitable fabric. In this case both the waistband and the pockets would have been a bit bulky if I'd faced/lined them with the needlecord, but the cotton lawn works nicely. 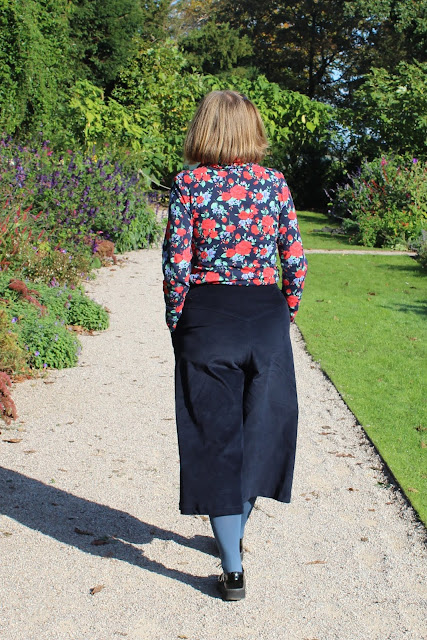 I'm wearing the culottes here with a Tilly & The Buttons Freya cowl neck top that I made recently. The fabric is a lovely jersey from Loubodu Fabrics - sadly it doesn't seem to be available any more though. I have a steadily growing collection of Freya tops, and find them really useful at this time of year so I'm going to be using them to take part in this year's One Week One Pattern challenge hosted by Sewisfaction. Is anyone else planning to join in? 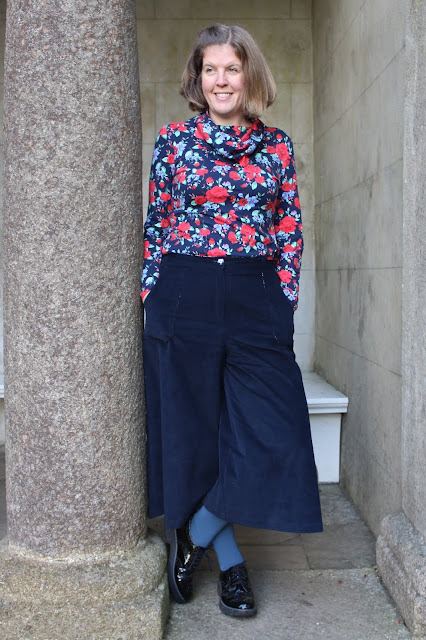 Anyway, back to the culottes! I was fairly sure before making them that they'd be useful, but I'm actually quite surprised by just how much I like them. I've worn them quite a few times already, and I'm sure I'll be wearing them much more this autumn/winter. I'd still quite like a patterned pair though; I just need to find some suitable fabric - any suggestions?!
Posted by Ruth - Nightingale and Dolittle at 15:28