Sew Over It Molly Top

When I started sewing I didn't intend that I would make all my clothes but, aside from underwear and the odd cardigan/jumper here and there, it's been ages since I bought clothes from a shop. I'd just rather spend the money on fabric. That's all well and good, but my love of pretty prints and twirly dresses means that the basics in my wardrobe have become somewhat neglected. I'm sure I'm not the only one with that problem, am I? Top spot on the list of things that could do with replacing for me definitely goes to plain t-shirts, which is what led me to make this version of the Sew Over It Molly top. 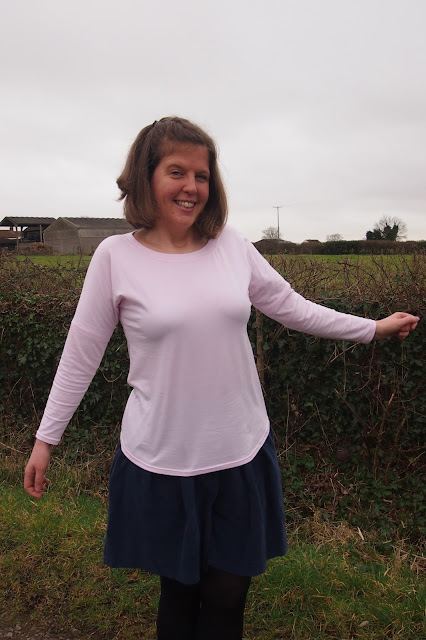 When Sew Over It released the City Break capsule wardrobe e-book, I liked the look of the Molly top but wasn't really interested in the rest of the patterns (I've seen many other people making lovely versions, but they're just not my style), so I wasn't keen on buying the whole e-book for one t-shirt. I was therefore pleasantly surprised to find that the Molly top/dress pattern is one of the projects included in this year's Mollie Makes Comic Relief Crafternoon magazine (I ordered my copy online from here, but it currently says it's sold out unfortunately). 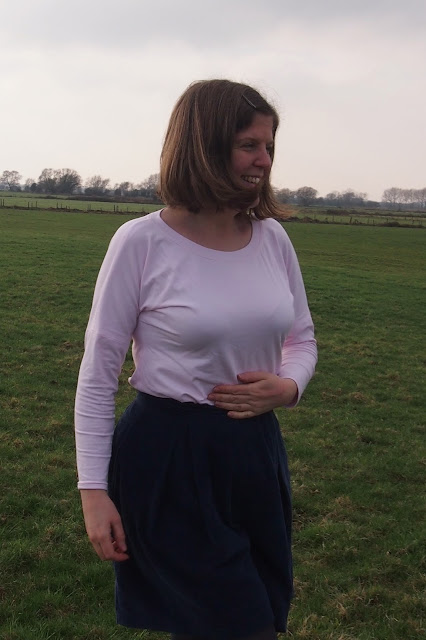 Serendipitously, I happened to have a t-shirt sized length of lovely jersey from a recent trip to Sewn in Bristol which was originally intended to be another Gable top, but was swiftly reassigned to become a Molly top.

The Molly top is a good staple t-shirt with some nice details (batwing sleeves, curved hem and a flattering neckline finished with a band), which keep it from being boring whilst still not making it overly fussy. 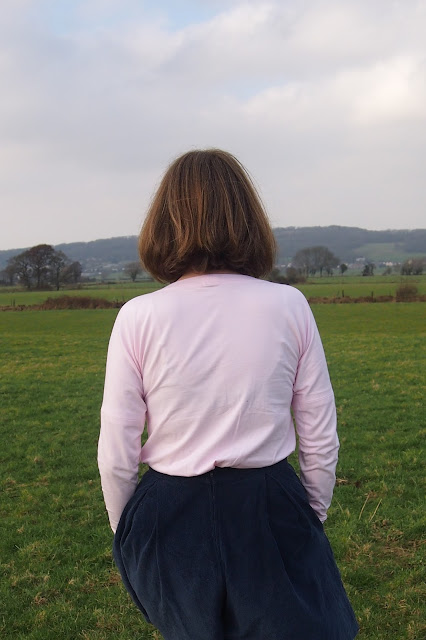 I made a straight size 14, which is the size that matches my measurements. The fit is more relaxed than some t-shirt patterns and there's definitely positive ease around the waist in particular, but it's still fitted enough around the shoulders and bust to keep it from just being baggy. If you like your t-shirts skin-tight though, then Molly probably isn't the one for you. 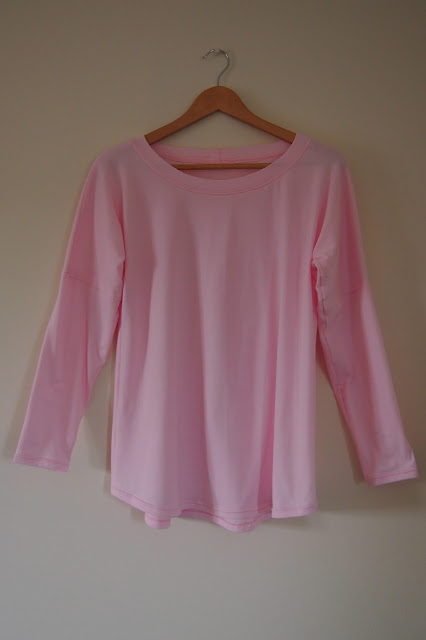 The pattern was simple to sew thanks to nicely detailed, clear instructions. I had no problems during construction, and for this version I just stuck to the directions in the pattern, apart from using a twin needle instead of a zigzag stitch for topstitching the neckband down and for the hems. 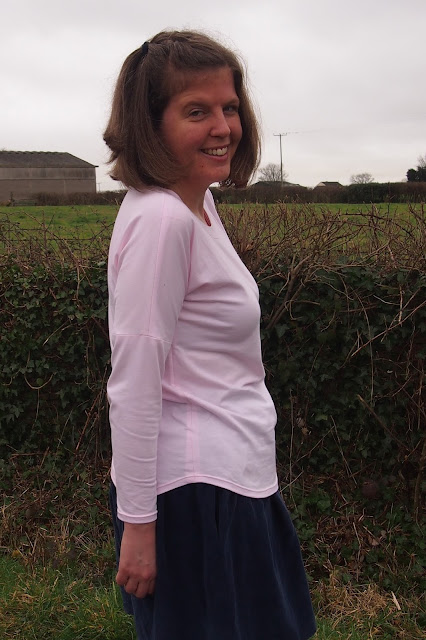 For my next version, I'd make a couple of slight changes. firstly I'd lengthen the sleeves just a touch - probably an inch I think. The sleeves on this one don't look stupidly short, but they are noticeably shorter than my other long-sleeved t-shirts.

I'd also probably remove the curve on the hem and just have a straight bottom edge instead. While the curved hem is a nice feature, I know I'll always wear the top tucked in (it's untucked in some of these photos purely for show-and-tell purposes) so it'll never be seen, making it a bit pointless for me personally. 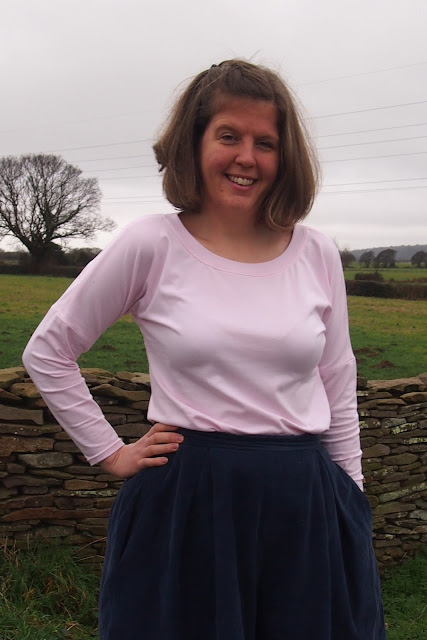 The jersey I used really is a delight - easy to work with and beautifully comfy to wear. It's Robert Kaufman Laguna jersey, and Sewn currently have it on sale if you're interested in treating yourself. In fact, I like it so much that I've already got my hands on the same fabric in blue. It may also become a Molly top, we'll see! 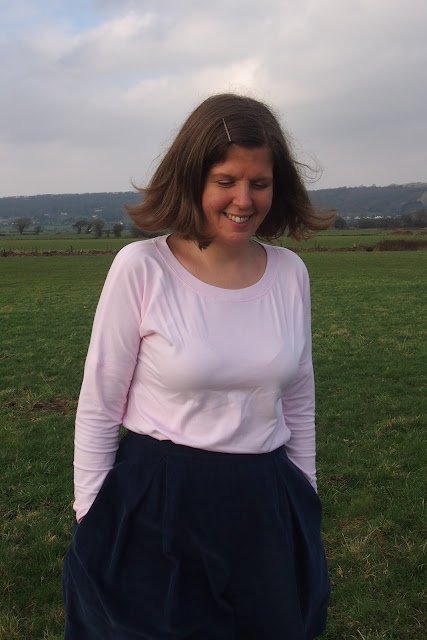 So there we go! I think you'll have guessed by now that I really like this Molly top, and I can definitely see myself making more in the future. I think this was a good start along the way to rejuvenating some of the previously neglected wardrobe basics. Where do you stand on sewing/buying wardrobe staples?
Posted by Ruth - Nightingale and Dolittle at 15:05