While it's always nice to try new patterns and learn new skills, sometimes you just fancy a simple sewing project using a pattern that you know and love. This was just the mood that I was in this week, so I set about making another version of the Sewaholic Hollyburn skirt, this time in denim. 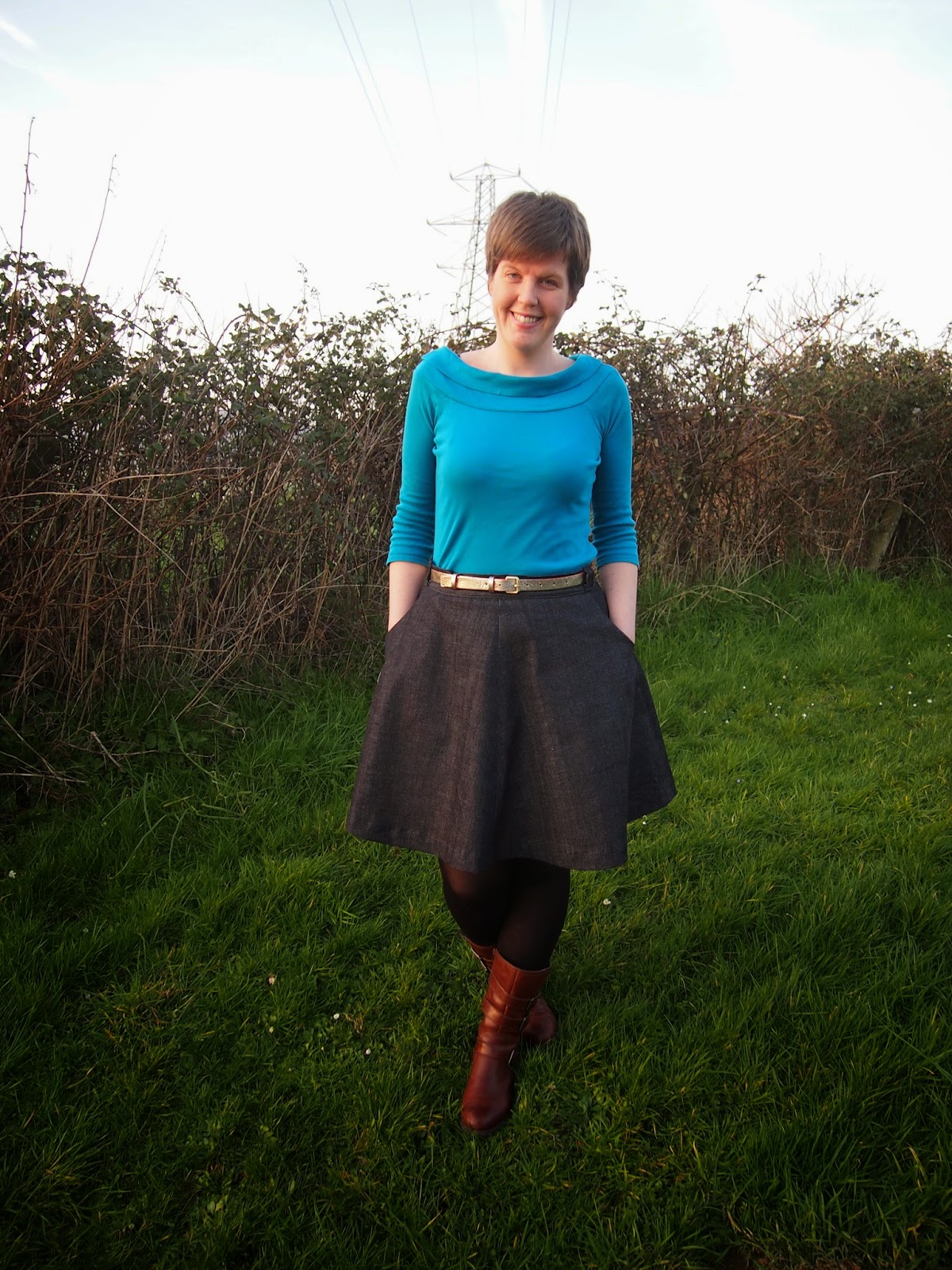 The Hollyburn was the first thing that I made for myself when I took up dressmaking, I made a second version quickly after and I've worn the second one in particular quite a bit - the first one not so much recently but it'll definitely be coming back out this summer. It's a great beginner's sewing pattern, nice and simple and with no fitting issues - as long as you've got the waistband right, you're sorted! It's a shape that I really like and that suits me, so when I wanted a simple project this was the obvious choice. As with my second version, this time I made view C with the belt loops from view A. 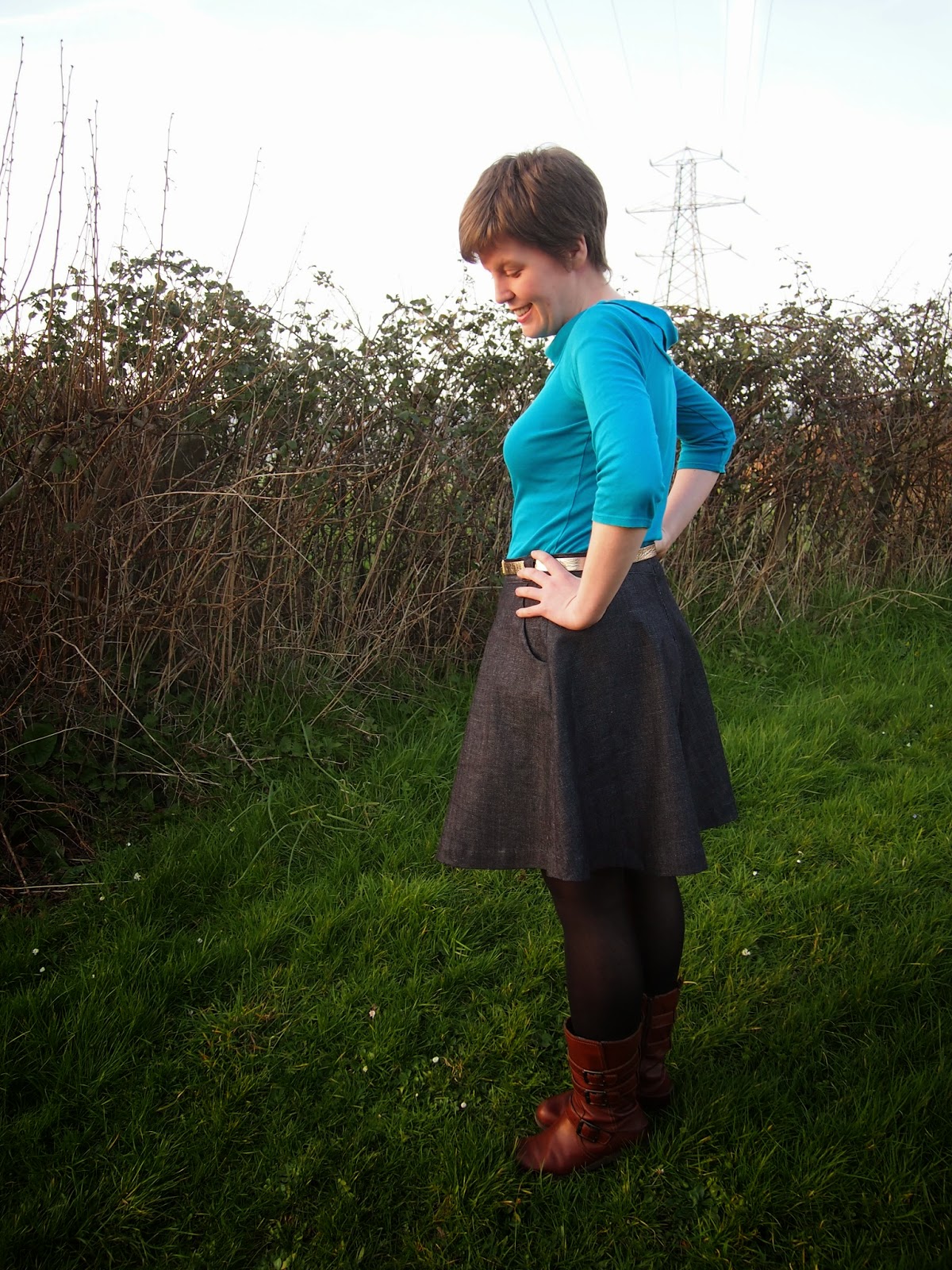 The fabric choice was also a no brainer because a few weeks ago I was lucky enough to win some denim and other related goodies in a giveaway from Winnie of Scruffy Badger Time - thank you again Winnie! If anyone fancies some denim for themselves, it's available with the other bits that I won as a kit from Minerva. 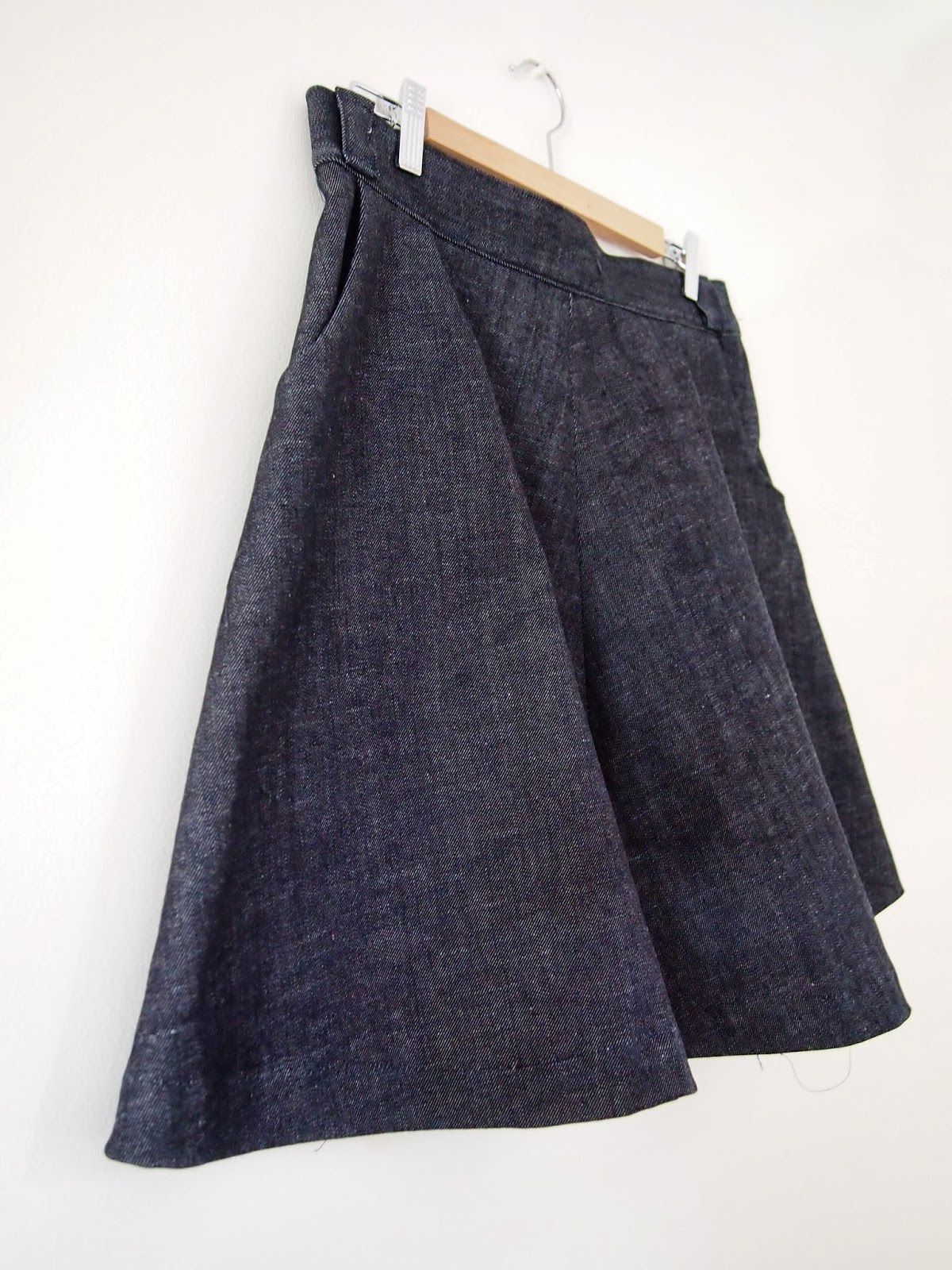 Anyway, winning the denim was quite exciting for me because I never win anything, and it was particularly well-timed because I needed a new denim skirt. I don't really wear trousers, so denim skirts are sort of like jeans for me - they go with everything and are easy to throw on so get worn a LOT. 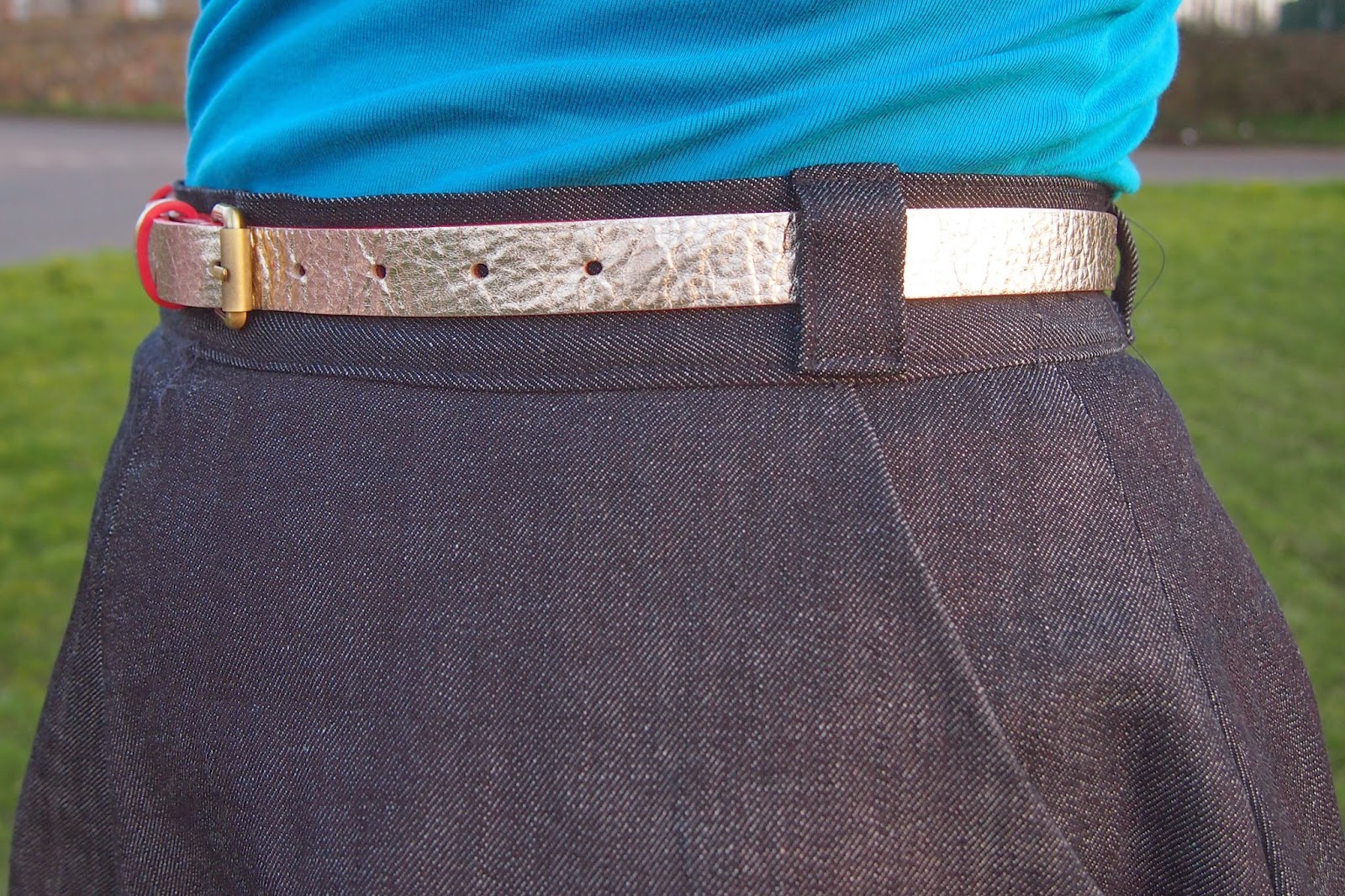 My prize came with some fun gold ric rac, which I was going to use as a trimming around the pocket edges, and some nice contrasting top stitching thread, which I did even start using at one point, but then I decided to keep things totally plain this time so that the skirt will go with absolutely everything. And it means that the fun of using up my prize can be extended to another project! 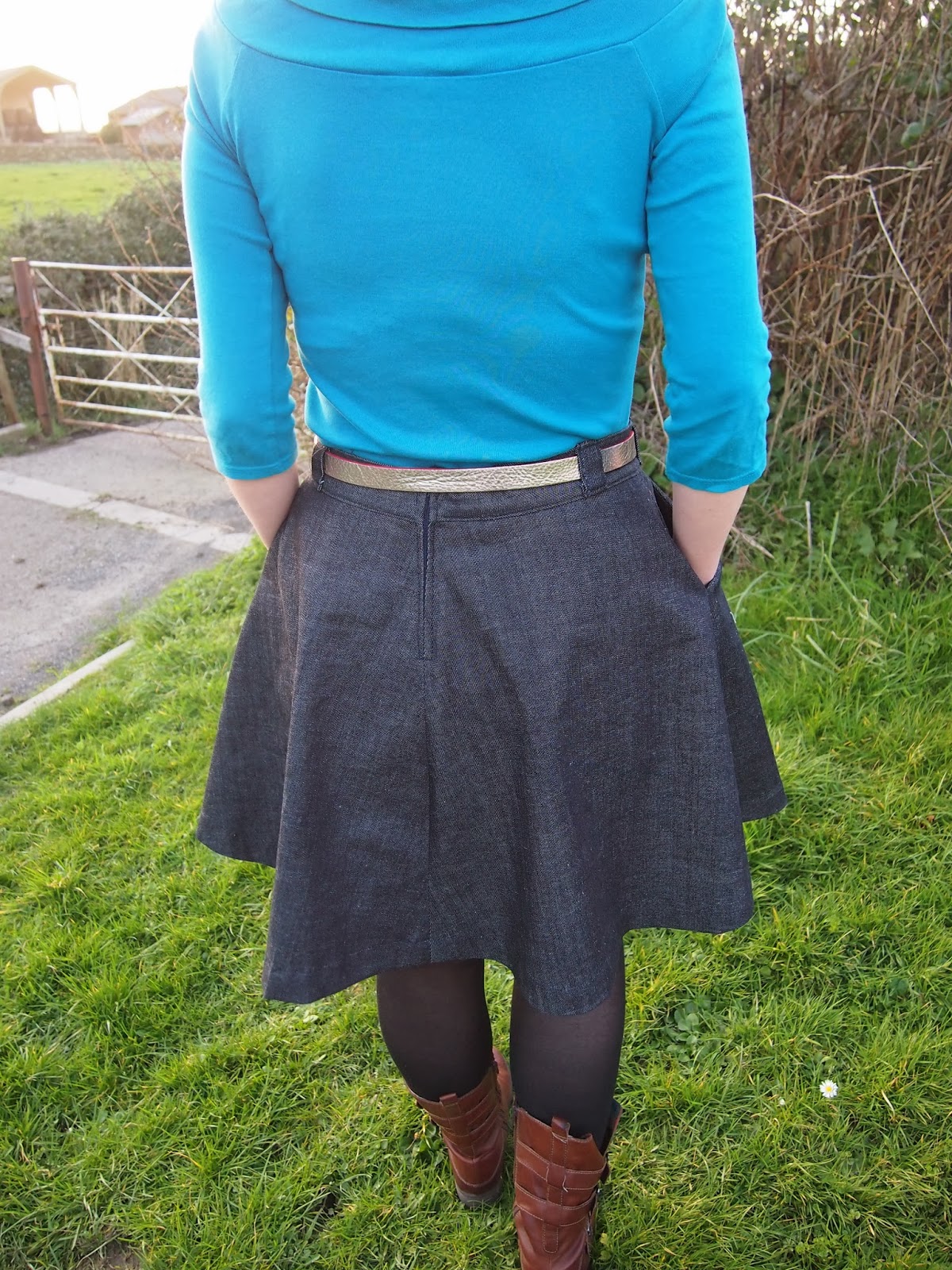 The denim is obviously quite a bit heavier than the cotton and cord that I used for my first two versions of the Hollyburn, and that means that the skirt has a bit more body to it and hangs a bit differently which is quite nice. I think it'll probably soften up a little bit with wear - I've worn the skirt a couple of times already since I finished sewing it and I can already notice a slight difference. 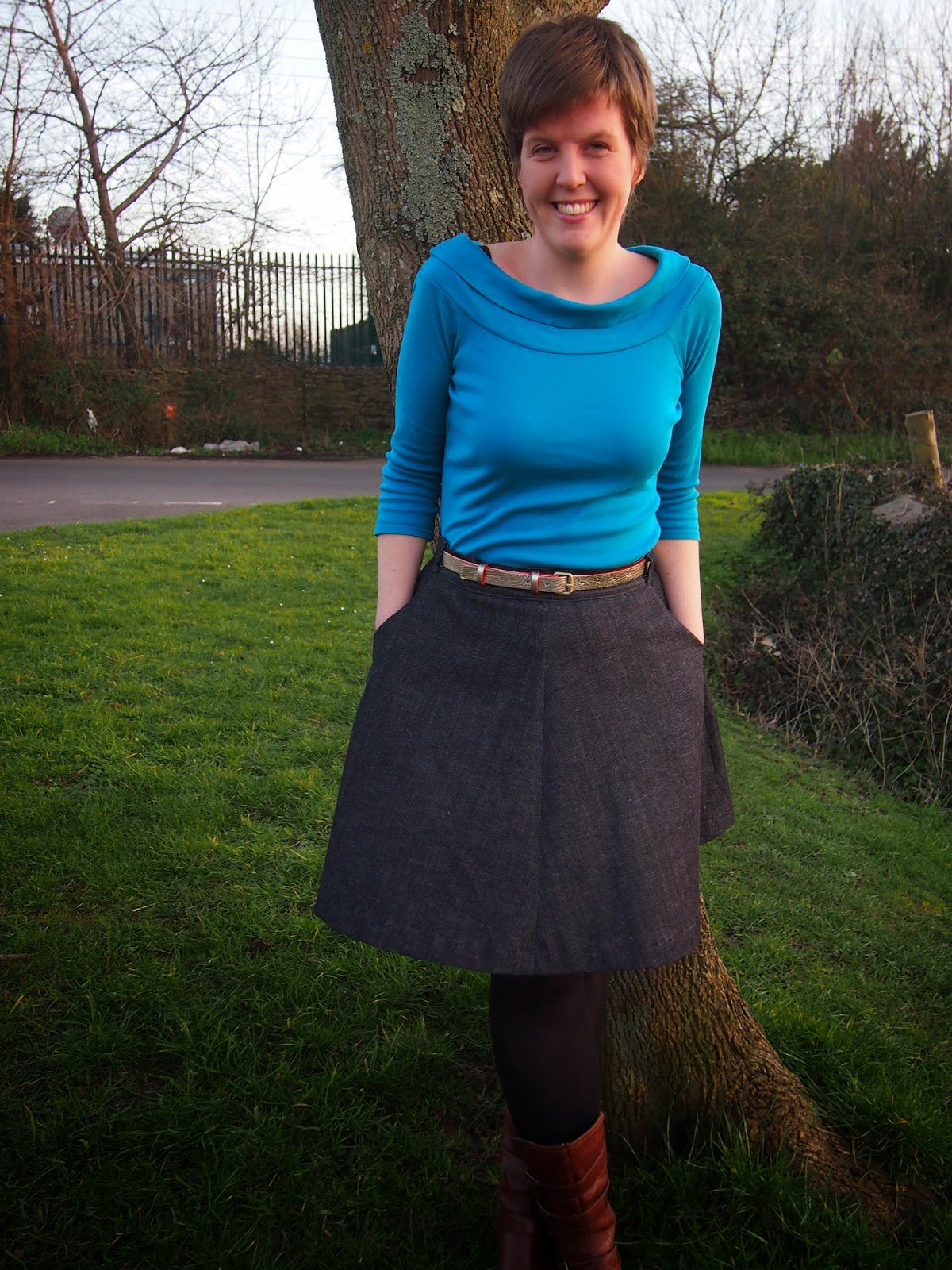 All in all, this project did exactly what I wanted it to - it was nice and quick and has filled a little hole that had recently developed in my wardrobe. Now I'm ready to get my teeth into something more complicated again - watch this space!
Posted by Ruth - Nightingale and Dolittle at 18:28