It's Friday afternoon and I finished work early (the advantage of being freelance!) so I thought I'd take the opportunity to show you my latest creation. I've got a couple of bigger sewing projects on the go, but in between working on them I decided to sew up this pretty little makeup bag. It's made using a design by Florence of Flossie Teacakes which was featured in issue five of the relatively new magazine Love Patchwork and Quilting (if you're in the UK and interested in patchwork or quilting then check it out, lots of lovely inspiration and ideas!). 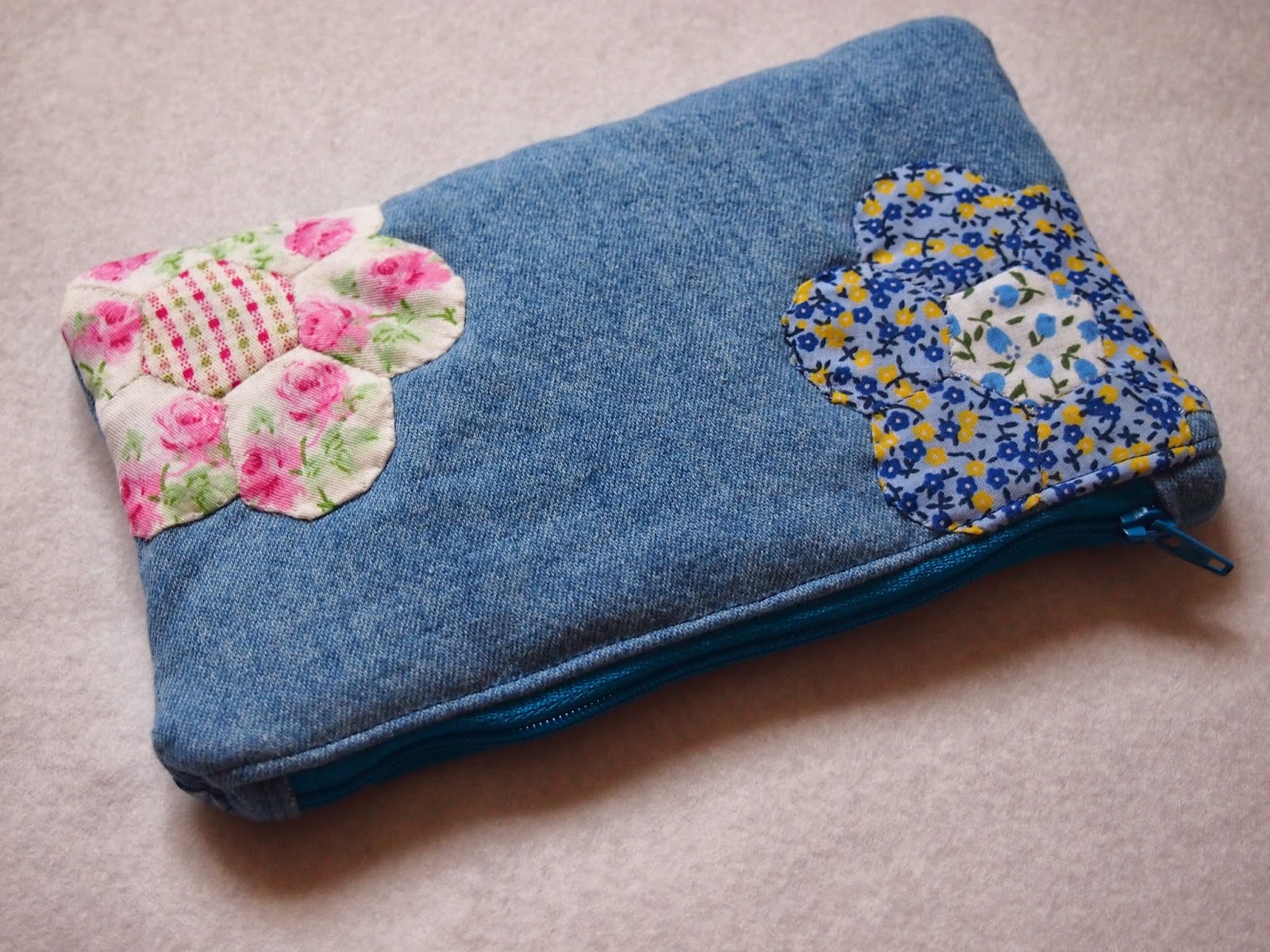 While I mainly love sewing my own wardrobe at the moment, I also have a mountain of small bits of material and scraps which, short of making myself some sort of crazy patchwork technicolour dreamcoat, are never going to be big enough to turn into clothes so I need to find other uses for them. I kind of like the idea of making a quilt, but am slightly scared of the reality of it, so at the moment small little projects like this are a good compromise! 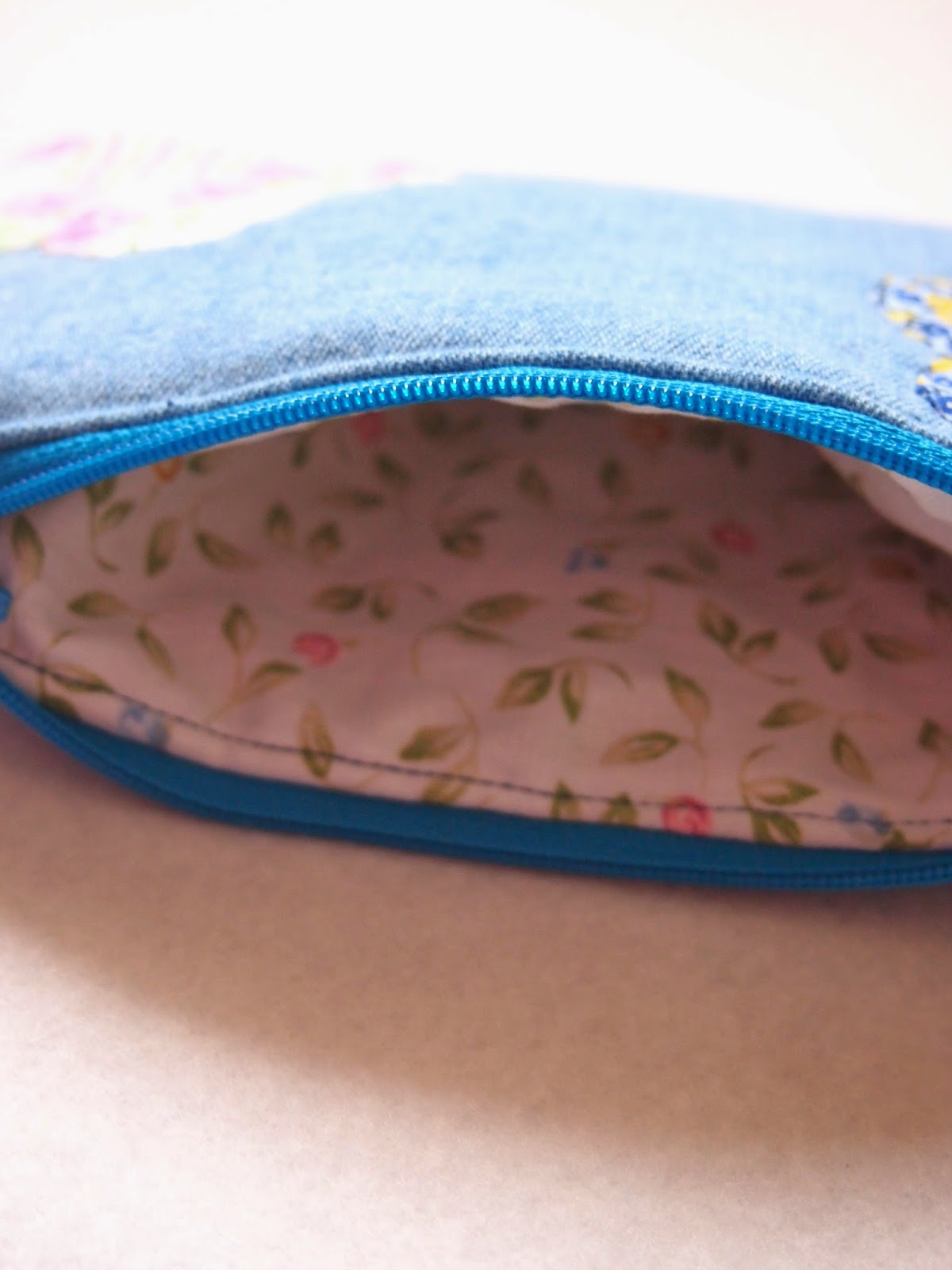 I made the bag using some lightweight denim, which was once a very well worn skirt, and the flowers and lining materials are some of the many bits and pieces I have left over from making masses of bunting for my sister's wedding the other year. The flowers are sewn together using English paper piecing. You can see in these photos that my stitching probably leaves quite a bit to be desired but I'm working on it.

I made a couple of patchwork tea cosies and a patchwork cushion a year or so ago using paper piecing, and I really enjoyed the process then, but hadn't done any more since. This small little project has reminded my that I liked it and I think I might have to try something a bit bigger soon. Much as I love my sewing machine, things like this are much more portable, and unlike lots of people, I actually really like a bit of hand stitching every now and then - as long as there's something good on the TV anyway! 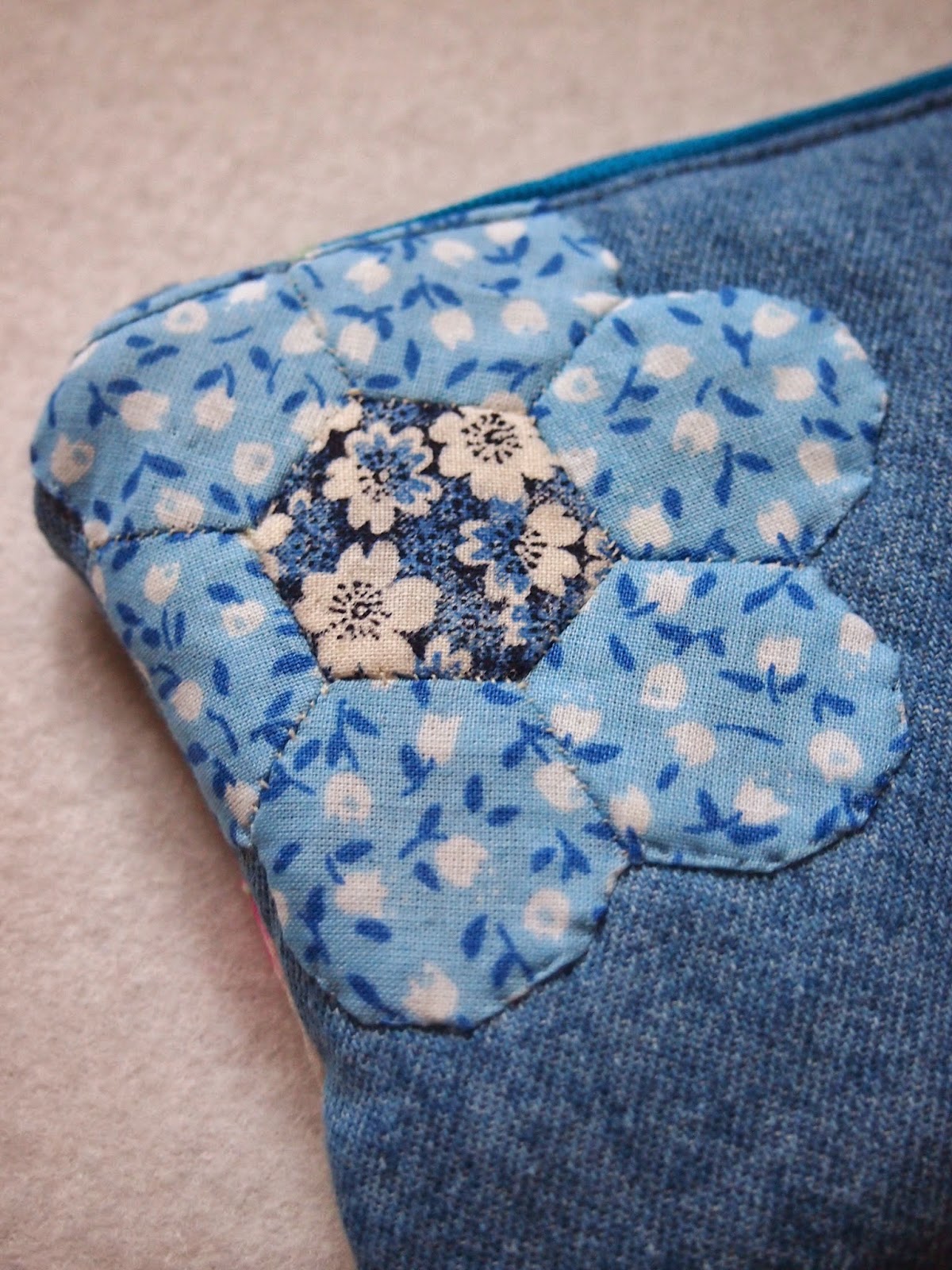 I went into autopilot when it came to putting the actual makeup bag together - I've made quite a few little pouches like this (they're quick and easy to make, and make great presents!) so I just used the method that I've always used, but I've just looked at the magazine again and it's actually pretty much identical to Florence's instructions so it's all good. 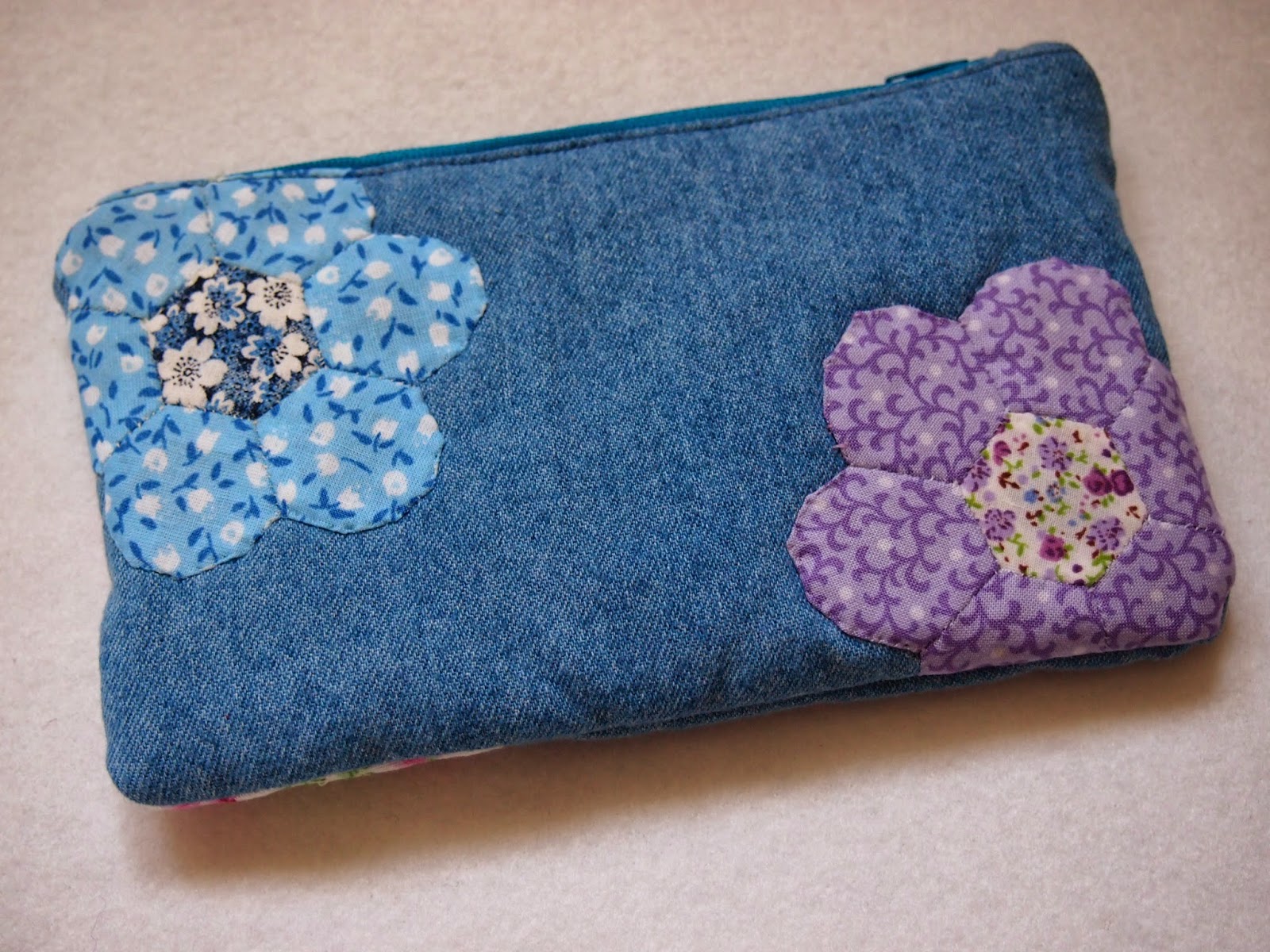 I think that's about all I've got to say about this one! I've just finished a new dress though so hopefully I'll be able to get some pictures of that soon and then I'll be back to show you. Have a good weekend everyone!
Posted by Ruth - Nightingale and Dolittle at 17:11