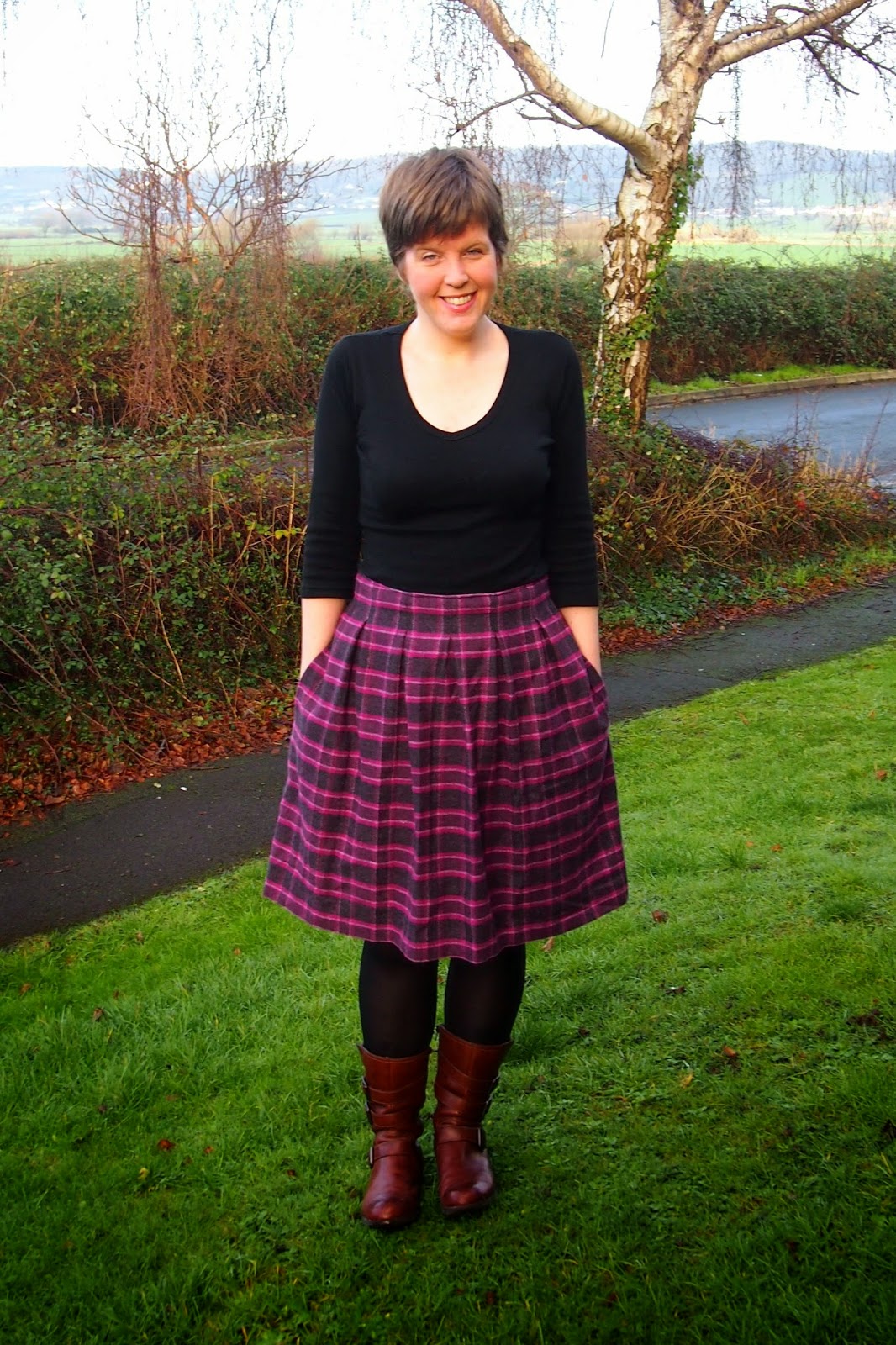 As you may have guessed from the title of this post, this skirt started out as something a bit different. I love a bit of a bargain, and before Christmas I found this skirt in one of my local charity shops... 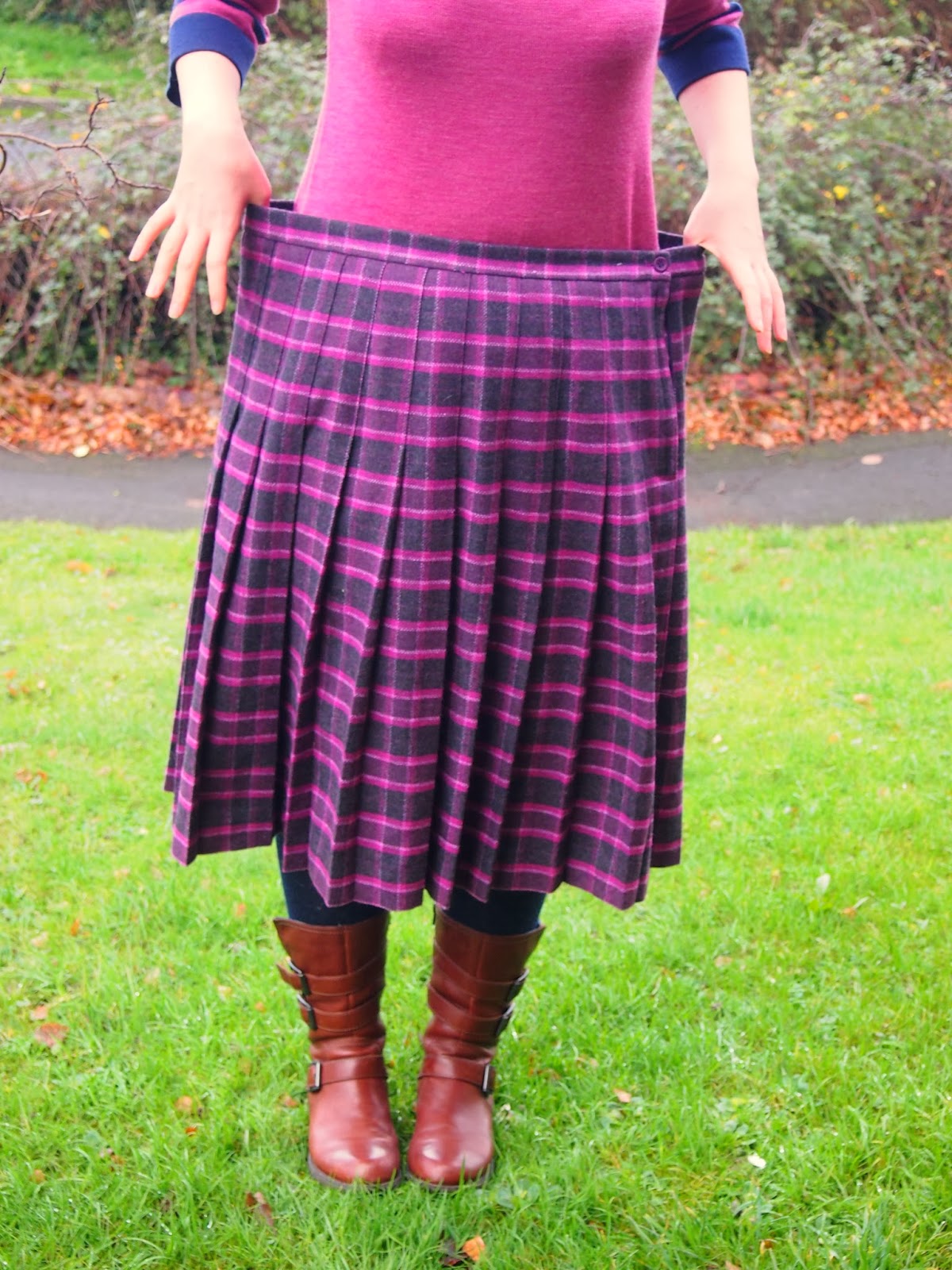 As you can see, it was massively too big, a particularly unflattering length and, I have been told, looked like something my great auntie would have worn. But I liked the material and it was only £1 so I thought that it was time to have a go at some refashioning.

When I got home and had a closer look at it, I decided that refashioning the skirt as it was would be tricky so instead I unpicked the side seams and all the pleats to leave myself with two big pieces of fabric. Getting the pleats out wasn't easy - a couple are still kind of visible now and I washed the material, left it hung up for a couple of days and pressed it as much as I dared (it's a wool/poly blend which the label said was dry clean only, but I'd already ignored that bit anyway!), but they're not too noticeable and the fabric survived so it's all good. 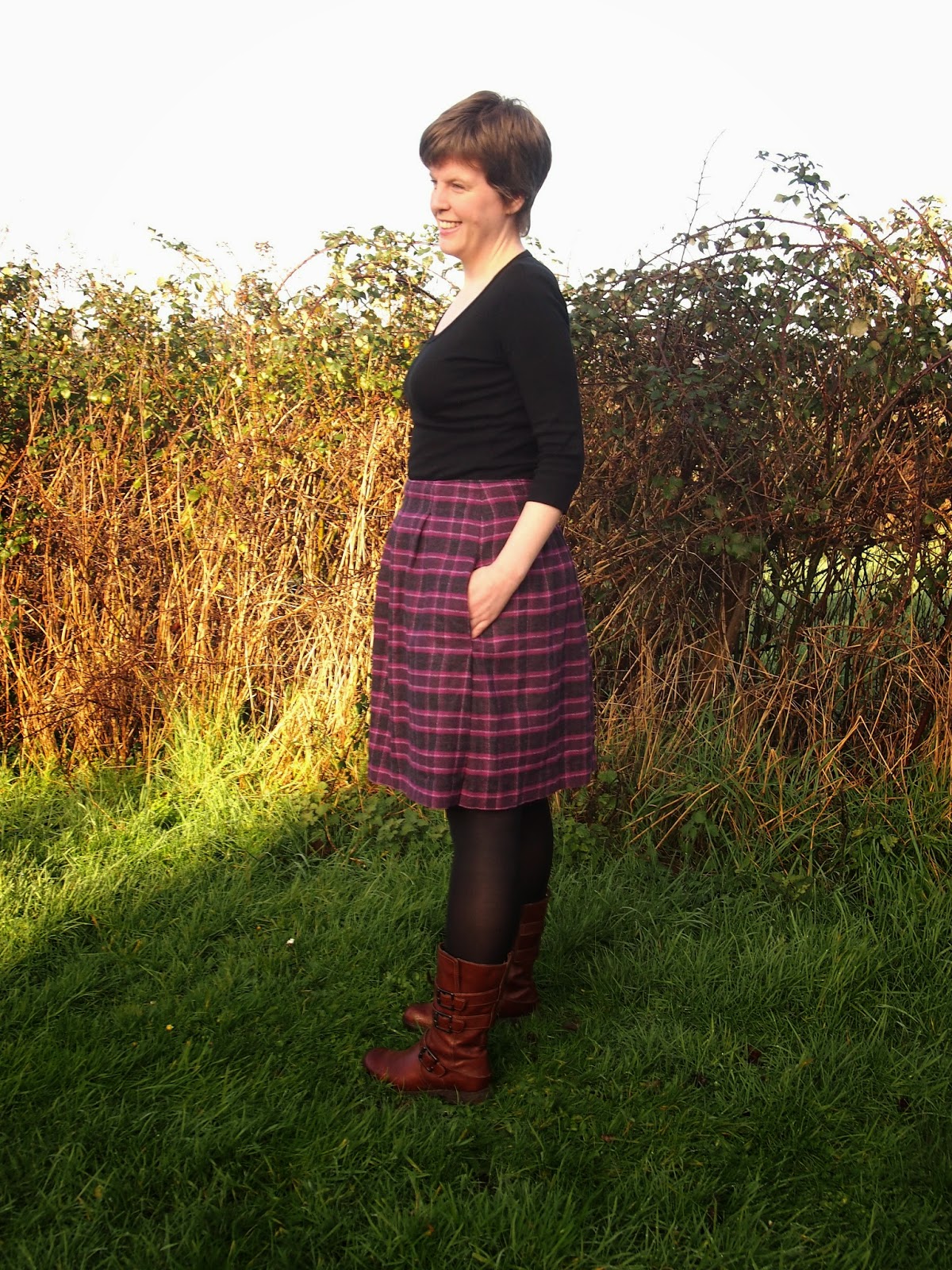 The Chardon skirt was the kind of shape that I'd had in mind when I first came across the original skirt in the shop, and I'm happy with the end result but there were a couple of problems along the way, which were entirely of my own making.

When I was sewing up the pleats, I was so focussed on making sure that the pattern on the material matched up, that I slightly took my eye off the ball when it came to making sure the pleats were exactly the right size - a bit stupid of me obviously! This meant that I ended up having to use a massive seam allowance on the centre back seam, so the back pleats are closer to the centre than they're meant to be. It all worked out OK and it's not a massive issue but it annoyed me at the time. On the plus side though, I'm pleased with how I got the pattern to line up.

I also decided I was going to line the skirt, which was all going fine until it came to having to change the centre back seam. It caused me more hassle than it probably should have done, but I got there in the end. There's a reason I'm not showing you any pictures of the inside of the skirt though! But at the end of the day it all looks fine from the outside and who is ever really going to look at the inside of my skirt?! 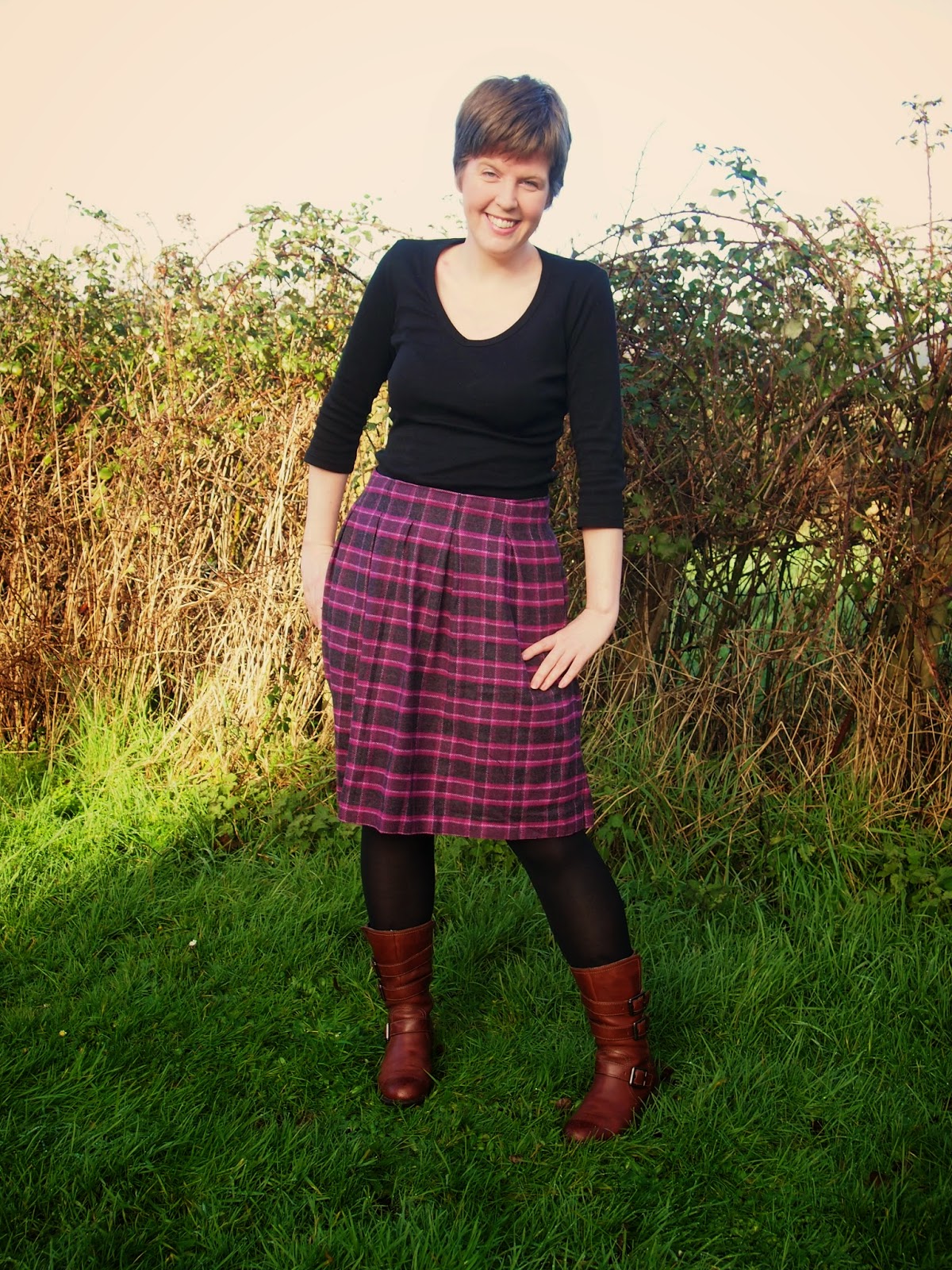 I think this is also a case where the fabric recommended for the pattern would have been better to work with, and I quite fancy stitching up a denim or chambray version at some point in the future.

Because of the slight problems I caused myself, this is never going to be my favourite creation but the skirt is comfy and cosy, and I work from home so they're the only criteria that go in to choosing what to wear at this time of year. Definitely worth the £1 investment!
Posted by Ruth - Nightingale and Dolittle at 18:39