The only real sewing aim I have this year is to get to grips with sewing knits - they make up a massive chunk of what I wear so it doesn't seem to make sense to not be able to use them in my sewing if I'm trying to create a handmade wardrobe. So when Deer & Doe released the free Plantain t-shirt pattern, and announced the Plantain challenge, it seemed like just the incentive I needed to get started on trying to achieve my aim. Here's the result.... 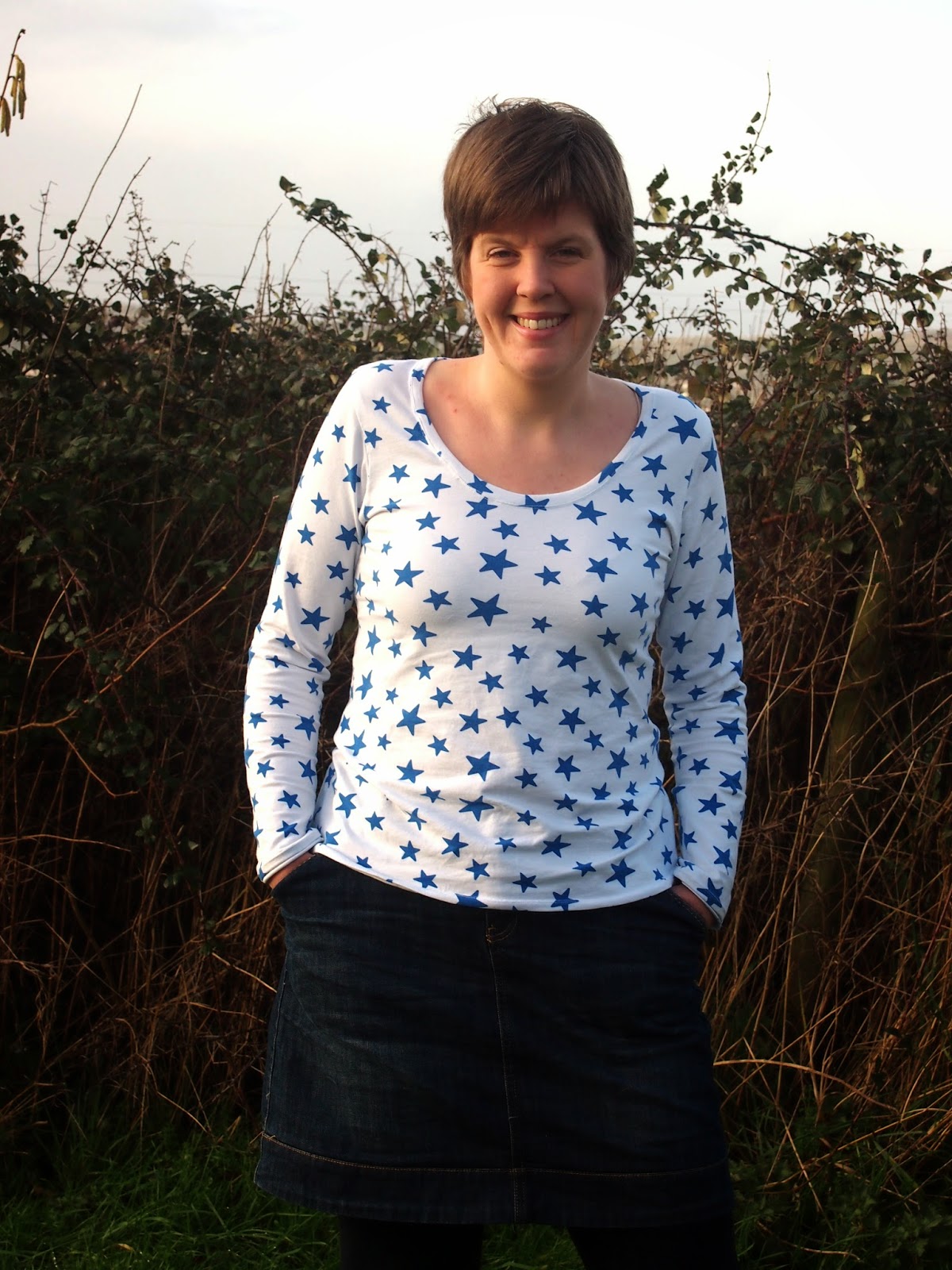 I'm pretty happy with the end result - it's a nice simple t-shirt and fits me well. The pattern flares out at the hips, which isn't necessarily a shape I would usually chose but it's comfy, and can easily be tucked in if you want a more fitted look. The neckline is the right balance of being low enough without being too low, on me at least!

I don't have an overlocker (yet! I'm very tempted to invest in one though) so I was just reliant on my sewing machine for making this, and it wasn't always as up for the challenge as I was, but I solved the teething problems and managed to get the t-shirt made without too much stress.

I finished the neckline band and hems with a twin needle, which was the part that I was most nervous about before I started, but my sewing machine seemed far happier about sewing the jersey with a twin needle than with just a single needle (even though both the single and twin were stretch ball point needles and were the same size!) so that went quite smoothly, and I'm pleased with the results... 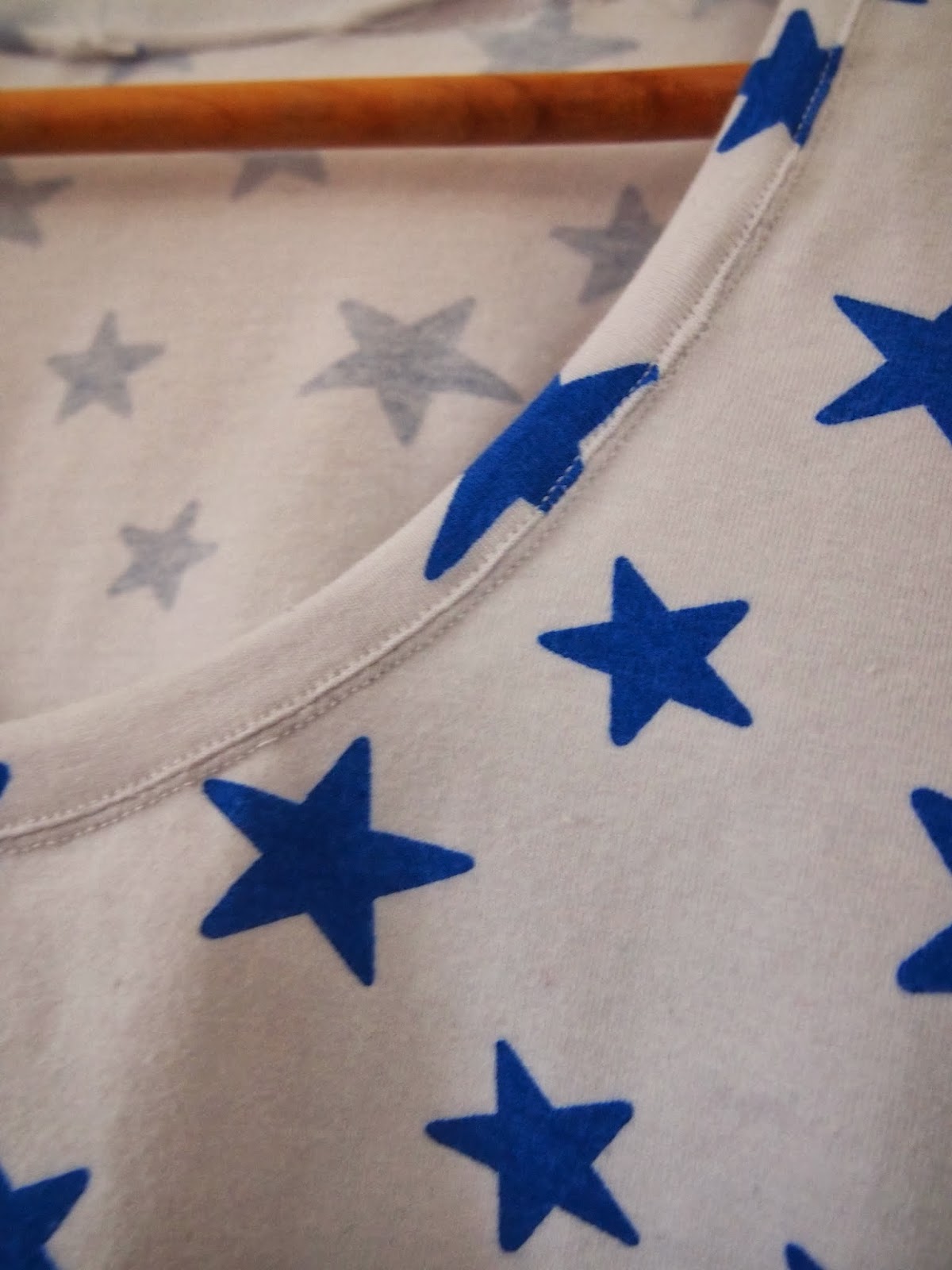 Definitely not perfect, but not too bad for a first go!

The only change I made from the pattern was not including the elbow patches - purely because I couldn't find any material which I thought would be a nice contrast to the star print. The patches are a nice extra detail though so they'll definitely be included in a future version at some point. 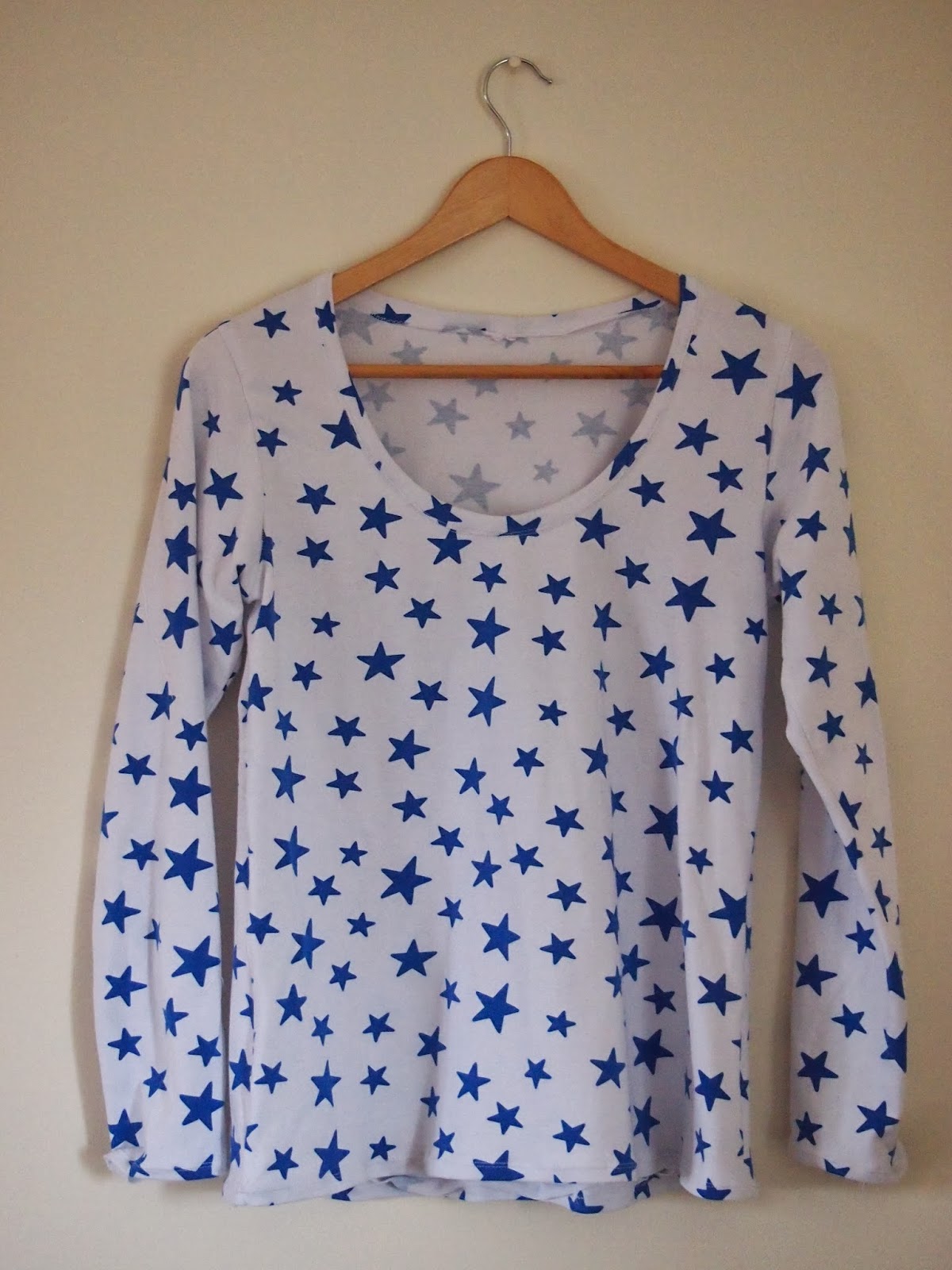 The fabric is a cotton jersey which I got from Fabric Rehab, it's lovely and soft so super comfy to wear, and I love star prints (it's a miracle this is the first item of clothing I've made featuring stars!) so I couldn't resist. When I first tried it on, I did worry slightly that the print might make it look a bit like it was meant to be a pyjama top, or than my t-shirt had been painted by Emma Bridgewater, but quickly came to the conclusion that I like it so it doesn't matter! 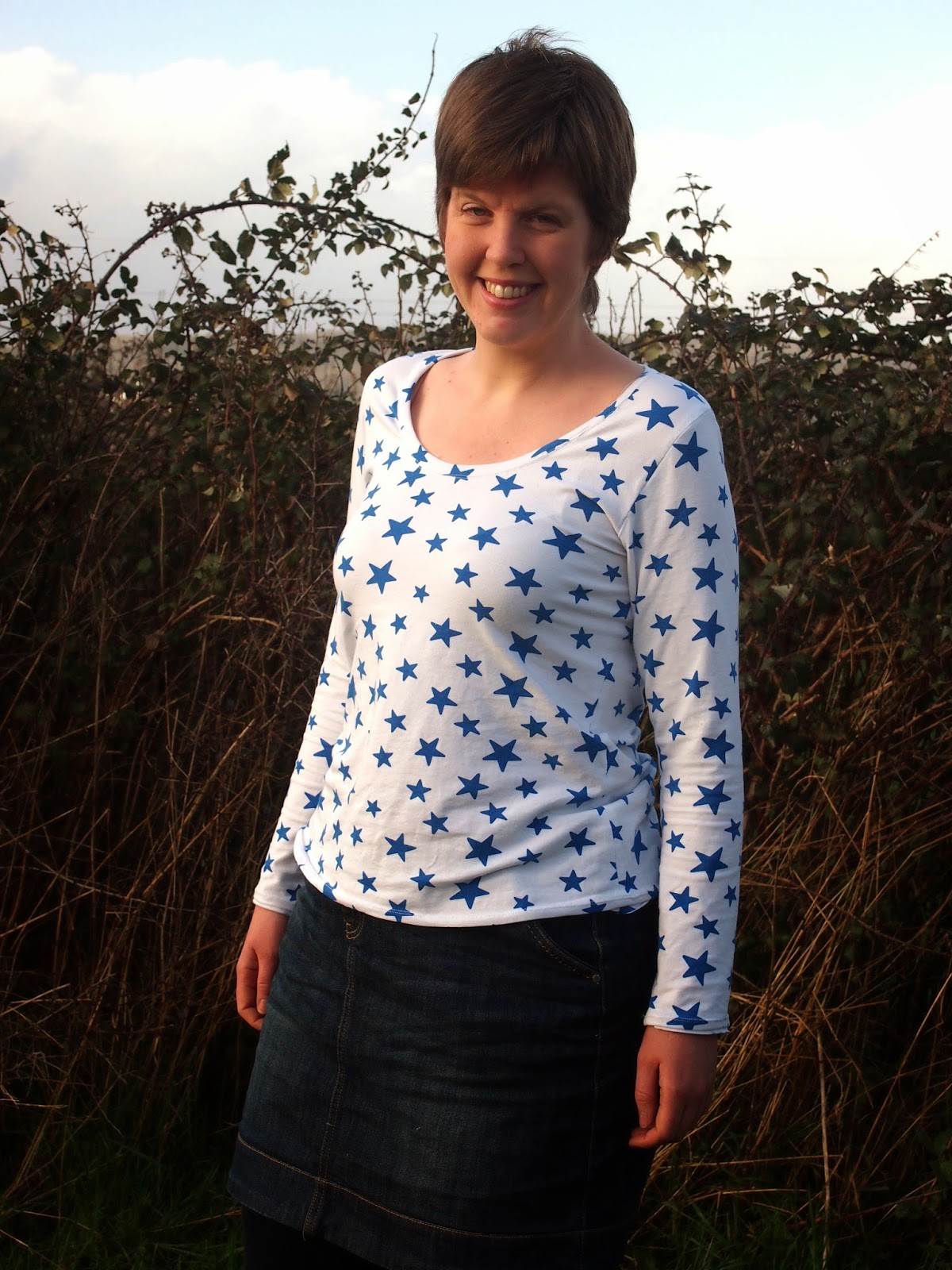 I think this would be a great pattern for anyone else who wants to start sewing with knits - it's simple, comes with good instructions and it's free so you can't go far wrong! There are also some great customisations of the pattern appearing over in the Deer & Doe Flickr group, and I think I might have to use them as inspiration for a future version of Plantain. All in all, a good first step towards achieving my goal for the year!
Posted by Ruth - Nightingale and Dolittle at 19:16