Here's my latest completed dressmaking project - my second version of the Laurel blouse from Colette Patterns... 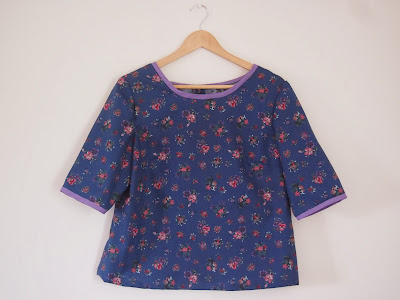 After completing my first Colette Laurel top, I was really pleased but then in the bad weather that quickly followed it it felt like it was more a top for spring so I fancied making a slightly more autumnal version. I then remembered that I had a decent-sized piece of this pretty floral fabric that had been sitting in my stash waiting for the right project for a good few months... 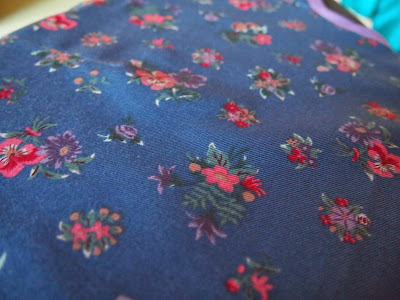 When I bought it on ebay, it was advertised as 3 metres of brushed cotton - it was more like a metre and a half and it's not brushed cotton (I'm not 100% sure of what fabric it actually is, it's cotton of some sort but not brushed), but I liked it and I only paid a couple of pounds so I wasn't too worried, and now I'm even less worried because it's turned into a lovely new top! 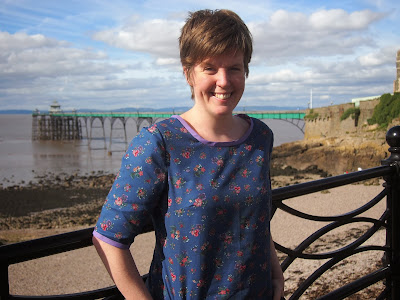 Excuse the messy hair (it was windy!) and the fact that I seem to have left a big crease down the front of the top when I was ironing - I totally didn't notice that when I was wearing it and nobody felt the need to point it out to me!

I found the top fairly easy to stitch up first time around, and this time was just the same apart from some slight fabric fraying issues at times. I know I'll get a  lot of wear out of this top and I think I did a pretty good job on it - my sister didn't realise I'd made it myself until I said that I needed to take some pictures of it for this post, and she wouldn't be backwards in telling me something didn't look right! Always best to be (tactfully) honest about things like that! 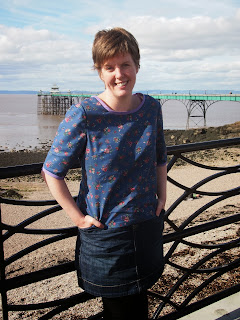 I'm now impatiently waiting for a new sewing pattern to arrive in the post and keeping my hands busy with some simple crochet (which hopefully might be featuring here soon) in the meantime!

Posted by Ruth - Nightingale and Dolittle at 19:16